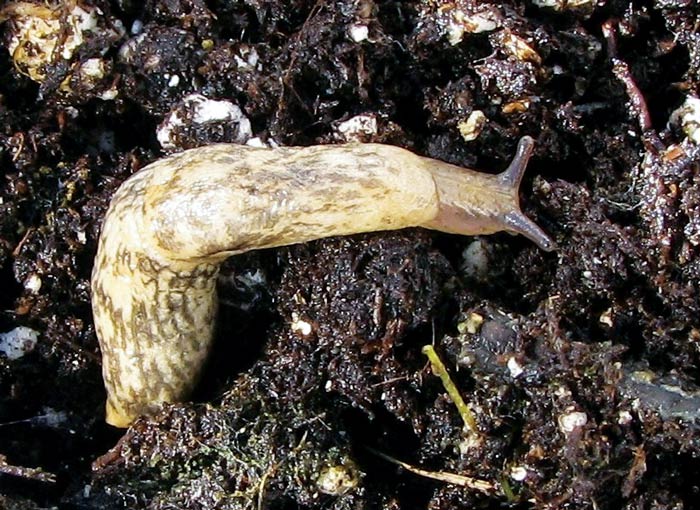 Tips for Fighting Prolific Slugs and Protecting Your No-Till Crops

By Mark McNeely posted on April 14, 2018 | Posted in Crop Protection

Pictured Above: MOIST AND SLIMY. The most common variety of slug is the gray garden slug. Estimates point to as much as a 20% yield loss in the Mid-Atlantic region from slug damage in no-till production systems

Slugs are moist creatures that thrive in moist habitats. They require a certain degree of protection and generally like not being disturbed — all conditions that are, unfortunately, prevalent in no-tilled fields, says Kelley Tilmon.

But here are some tips and suggestions the Ohio State University entomologist shared at the 2018 National No-Tillage Conference about getting on top of these destructive mollusks and lowering your risk of widespread damage and diminished yields.

Tilmon says slugs cause the biggest problems in the eastern Corn Belt, Mid-Atlantic and Pacific Northwest. The most common and troublesome species is the gray garden slug, but other examples include marsh slugs, banded slugs and dusky slugs.

“Slugs are not a type of pest that blows in on the wind. They’re not a problem overnight. They are not highly mobile, so they tend to build up in one location,” Tilmon says.

Slugs are very generalist in their feeding patterns, Tilmon says. Damage to plants can range from universal leaf damage in alfalfa, small grains and canola, to long stripping damage in corn to the disappearance of cotyledons of soybean plants.

While it’s hard to pin down exact damage numbers in particular regions, with some estimates pointing to as much as a 20% yield loss in the Mid-Atlantic region…

Crop Protection 2018: Find Some Protection for Your Crops with These New Products