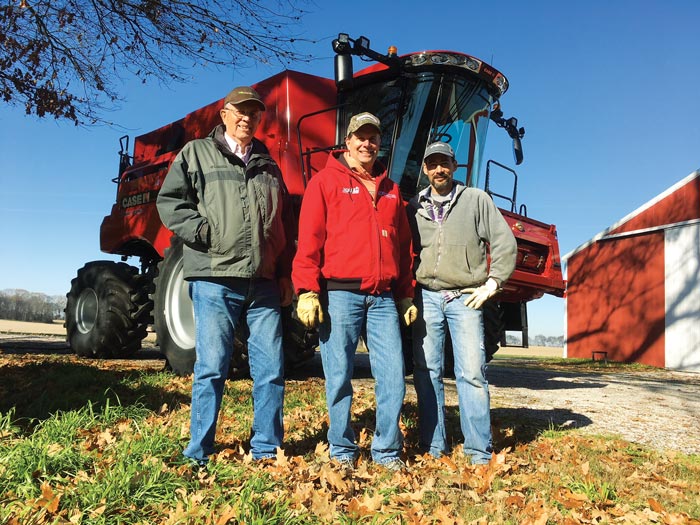 Watching some of the best soils we owned wash away in a big storm accelerated my family’s move to 100% no-till. My father, James, had tried no-tilling in the late 1960s, starting with soybeans behind the small amount of wheat we grew at that point.

It worked well enough, but the equipment wasn’t the best back then. He struggled to get good seed-to-soil contact and uniform planting depth, yielding mixed results. So, dad continued to dabble for years without fully committing.

In 1976 dad purchased the farm I live on today. It was our highest quality farm. After a year of corn, dad planted conventional soybeans. That spring we got a massive rain. Despite being just 0-2% slope, a tremendous amount of erosion resulted. It was disheartening to see the prime land he’d just purchased trickle away.

Dad, who spent 27 years on the soil conservation board and is a firm believer in being a good steward of the soil, went from trying to make no-till work to having to make it work after that experience. Following his example and learning from his experiences…