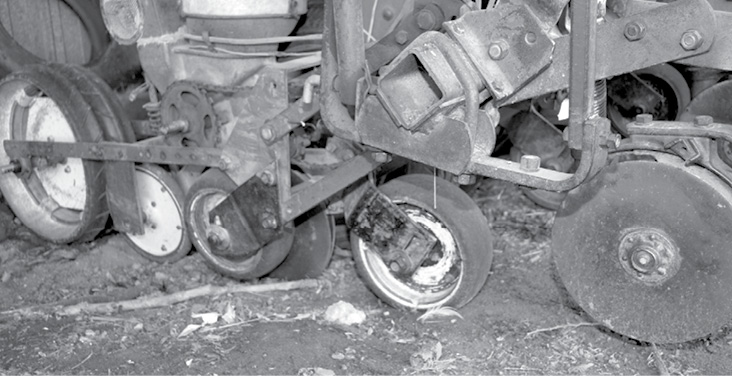 By Darrell Bruggink posted on March 1, 2009 | Posted in Nutrient Management

Larry Bonnell is  living proof that no-till is the ideal tool for small-acreage farmers.

“You always hear about no-till helping a guy be more efficient and allowing him to increase his cropping acres,” the Pittsford, Mich., no-tiller says. “But I think it’s for the smaller guy. I think the only way a smaller guy can farm profitably is with no-till.

And while his acreage is relatively unchanged since he began no-tilling about 8 years ago, the quality of his farming techniques has vastly improved, Bonnell says.

Between no-till, cover crops, the use of sludge in wheat stubble and the addition of gypsum and micronutrients, Bonnell has seen organic matter on some of his fields increase from 1.4 to 2.7.

While most of his ground is in a corn-soybean rotation, Bonnell typically grows about 20 acres of winter wheat after soybeans, which acts both as a cover and cash crop.

Bonnell typically seeds cereal rye with a fertilizer spreader after corn and prior to planting soybeans. Annual ryegrass is his primary cover crop ahead of corn.

“With the legumes, I get the benefit of putting down nitrogen and then holding that nitrogen with the ryegrass,” Bonnell says. “I’ve noticed a difference in my soil. It’s changing — getting mellower.

“It’s workable. I don’t have the clay knobs…