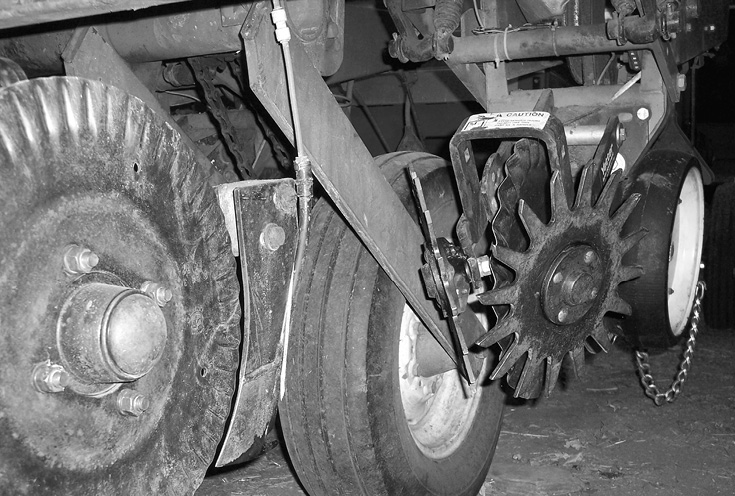 By listening to and learning from other no-tillers, Warren Macemon built a successful no-till farming and purebred Angus operation after a long career teaching others.

WHEN I WAS in high school, I had a desire to farm, but just didn’t have the chance. However, I never gave up on that dream.

After playing college football in the early 1950s, I enlisted in the Navy. And after my discharge, I went to work teaching industrial arts, later becoming the founding director of the Area Vocational Technical Institute at Hutchinson, Minn.

When I retired from education in 1986, we moved to a small farm near Glencoe, Minn., and started a purebred Angus herd. In time, we added another farm.

We’re not a large operation by any means. Even with some custom planting, we are involved with about 350 acres of no-till corn, soybeans, alfalfa and cover crops. My son, John, will be taking over the no-till and cattle operation shortly.

As no-tillers, we’re the exception to the rule in southern Minnesota. No-till has been slow to catch on for a number of reasons. With our northern climate, we often have cold, wet springs.

No-till research results have been inconsistent, especially in corn on poorly drained soils, so some of our university folks have been cautious in their recommendations.

Some operators who tried switching to no-till for 1 year or 2 reverted back to tillage, never giving it a chance to work. As such, many farmers are apprehensive…