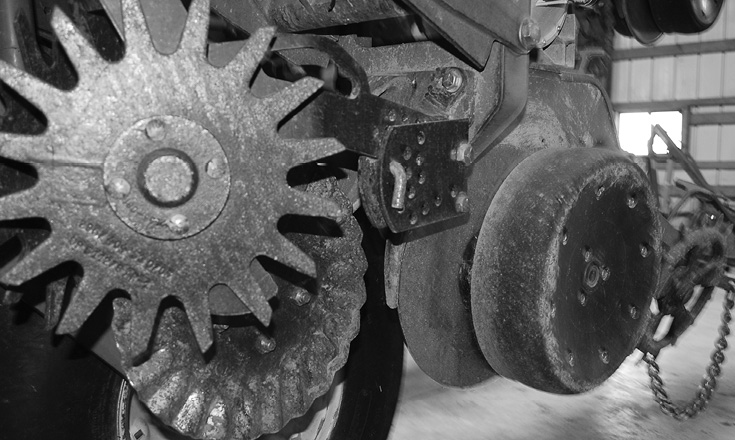 Identifying the holes where profits leak away is a talent Kenton, Ohio, no-tiller Dave Lotz has nearly perfected during almost 25 years of no-till trial and error.

Lotz has carefully weighed the costs and benefits of his farm management decisions since a no-till farm tour prompted him to first dabble in no-till in the late ‘80s.

“I was on the soil and water board and we started taking trips to farms in Illinois and Indiana. They all made a big deal about getting rid of tillage equipment because no-till was the future,” Lotz recalls. “I took that to heart, especially after I considered how much money it took in upkeep and fuel to run all that iron.”

After some experimentation with no-till, Lotz noted a yield drag, but decided to jump in with both feet.

“We had a 5- to 10-bushel yield difference, but the reduced amount of time, fuel, and equipment ownership expense more than canceled that out,” Lotz says. “In 1990, we sold all our conventional-tillage equipment and went to a corn-soybean-wheat no-till rotation.”

After some experience with no-till, Lotz ended up taking wheat out of his rotation.

“Wheat shed water so well that it wouldn’t rot, so we had to apply nitrogen in the fall to help it break down,” Lotz says. “Then, it reflected the sun, which didn’t help our situation with dark, cool soils.”