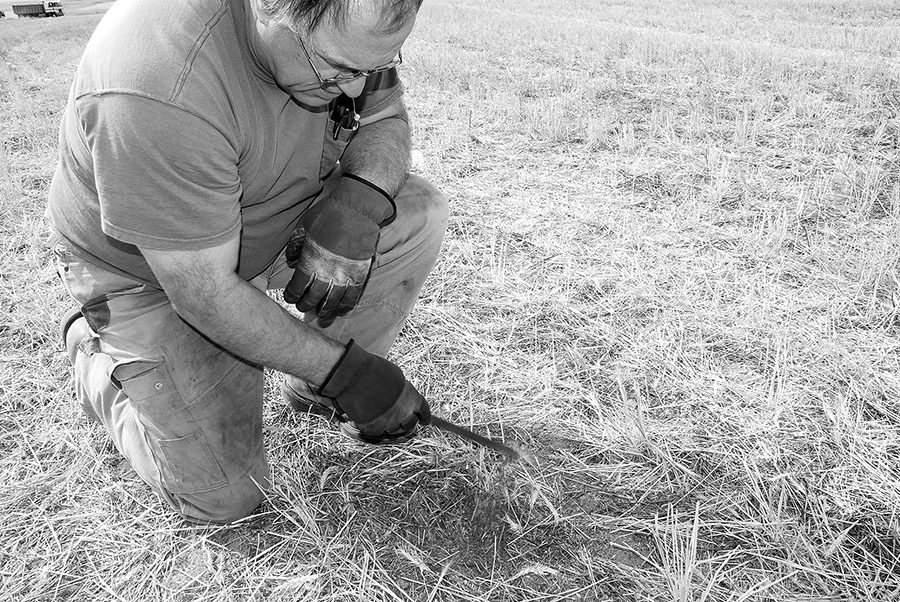 No-Till Kept His Farm From Blowing Away

Oklahoma is the state associated with “wind sweeping down the plains.” But near Great Falls, Mont., it does a lot more than sweep, which can create big problems for small grains producers.

“We live in the Chinook zone,” explains Sun River, Mont., producer Chuck Merja. Chinook is a Native American word for the dry winds that blow through the region off the eastern slopes of the Rocky Mountains. The term roughly translates to Snow Eater, but in wheat country it also could be called Crop Eater.

“The dry winds sap moisture and, in the early days, would move a lot of dirt and blow out crops,” Merja says.

Managing wind erosion wasn’t an option for producers wanting to stay in business — it was a necessity.

“We were looking for ways to stop wind erosion long before the conservation compliance rules were written into the Farm Bill,” Merja explains. “We found out about Roundup in the early ‘80s, started using it for chem-fallow and quickly found some benefits to leaving residue.”

For one, their topsoil stayed in place. From that point, it was a logical slide into no-till production for the Merja family. Merja, who crops 4,500 to 5,500 acres per year with his brothers Elliot and Patrick, started adapting the tillage program shortly after their first use of Roundup.

“We went to minimum till first,” he says. “We didn’t have seeders that could seed directly into stubble, so we wouldn’t till all summer but would have…

Premium content is for our Digital-only and Premium subscribers. A Print-only subscription doesn't qualify. Please purchase/upgrade a subscription with the Digital product to get access to all No-Till Farmer content and archives online. Learn more about the different versions and what is included.
KEYWORDS air seeder Chuck Merja fix nitrogen Great Falls Montana peas spring wheat wind erosion Winter wheat