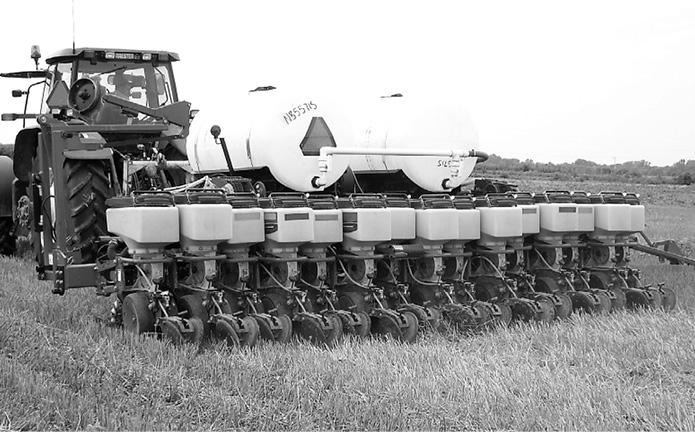 By David Brandt and Ron Ross posted on December 1, 2008 | Posted in Cover Crops

Sharp increases in organic matter and vasity reduced fertilizer cost are just a couple of the benefits that David Brandt has realized on his Ohio farm.

When I planted my first cover crop — cereal rye — in 1978 to control erosion on poorly drained, hilly clay soils, I had no idea what the full ramifications of that decision would be. Since then, cover crops have become the anchor of a diverse crop rotation in our continuous no-till system.

Our goal is to keep something of value growing on the soil surface for as many months as possible. The overall result has been better-than-average yields in years of bad weather and superior harvests in favorable growing seasons. Organic matter content has increased from 0.5% to 3%, even on our steeper 18% slopes.

Like many successful cropping systems, it took awhile to simultaneously make the physical — and mental — shift to continuous no-till and search around the country to find the best cover crops for our farm.

Chevron Chemical Co. provided an economical way to test cover crops in the early no-till years. Chevron marketed a program at that time to promote the company’s paraquat herbicide (Gramoxone).

Their plan called for planting a cereal rye cover after soybean harvest. In…