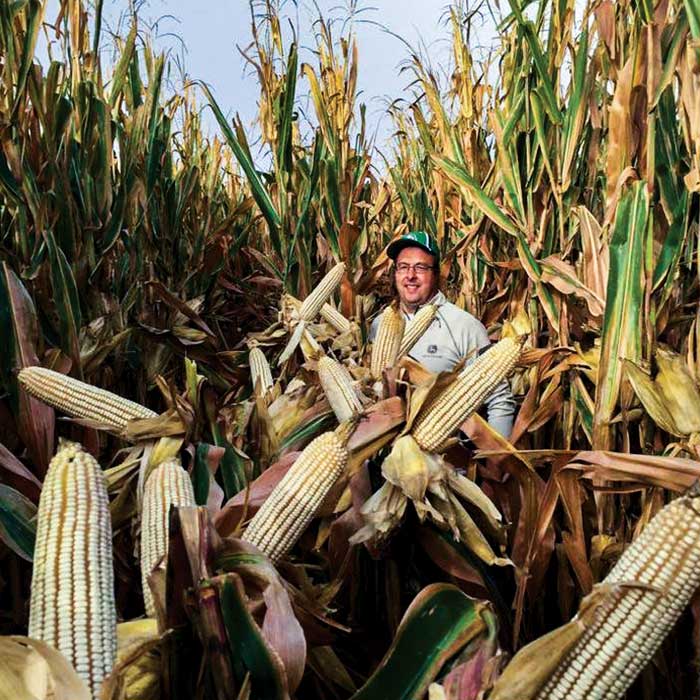 Mistakes have led to more than one production practice that has paid off on our farm. Replanting hailed out crops resulted in our current twin-row planting strategy and a load of fertilizer I couldn’t send back helped us achieve soybean crops capable of winning yield contests. In fact, in three out of the last five years I’ve had the highest yields for the local Pioneer yield contest and one of those years I won the territory. No-till wasn’t an accident, but some unintended lessons helped prove it was the right fit for our farm.

Back in the early 1980s, my father used to disc everything twice and then harrow before planting. Most of the time the soil would crust over and it would have to be replanted. It wasn’t the most efficient or effective system, but it’s what they knew to do then. In 1988, Dad borrowed a Noble rolling stalk chopper to manage residue on some corn silage acres. He made one pass to knock the stalks down then planted directly into the more manageable stubble. To his surprise, it resulted in a perfect stand. The very next year he purchased his own Noble rolling stalk chopper and started using ridge-till. It was a great step forward. We were saving fuel and labor, while getting great…

Premium content is for our Digital-only and Premium subscribers. A Print-only subscription doesn't qualify. Please purchase/upgrade a subscription with the Digital product to get access to all No-Till Farmer content and archives online. Learn more about the different versions and what is included.
KEYWORDS brad choquette Cover crops fertigation fieldcruiser kickstand Kinze pioneer Yetter SharkTooth

A Fork In The Road: No-Till Wins Out