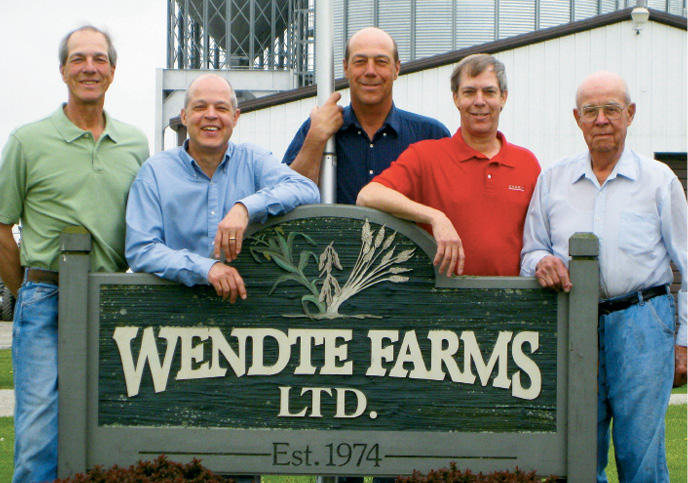 Nudging Closer To A Never-Till System

Wendte brothers bring differing career experiences together to take on a tough no-till challenge in the flat, black soils of central Illinois.

YEARS OF NO-TILLING: 35 (NRCS Engineer And District Conservationist For 33 Years)

I was pleased when the Illinois Department of Agriculture reported in late 2006 that no-till acres in the state had, for the first time, exceeded the number of conventionally tilled acres.

That announcement corresponded closely to when I retired after a 33-year career with the National Resources Conservation Service (NRCS) — 18 of those in Champaign County, Ill. During those years, I spent much of my time encouraging farmers to adopt methods that protect cropland and reduce chemical runoff.

In no way do I credit myself with tipping the balance in favor of no-till. It took the combined efforts of several public agencies and private organizations working with some of the best farmers in the country on some of the best soils. But I like to think that I helped nudge it along.

While noting a shift to more no-till acres, Champaign County also topped the state in establishment of vegetative buffers along streams and waterways to improve water quality and increase wildlife habitat. Since 1996, more than 7,000 acres have been protected through CRP enrollment of native and introduced grasses, trees and other native habitat.

I provided a lot of coordination, but the accomplishment was a joint effort of the Soil and Water Conservation District, Pheasants Forever, Farm Bureau, other NRCS specialists and hundreds of farmers.