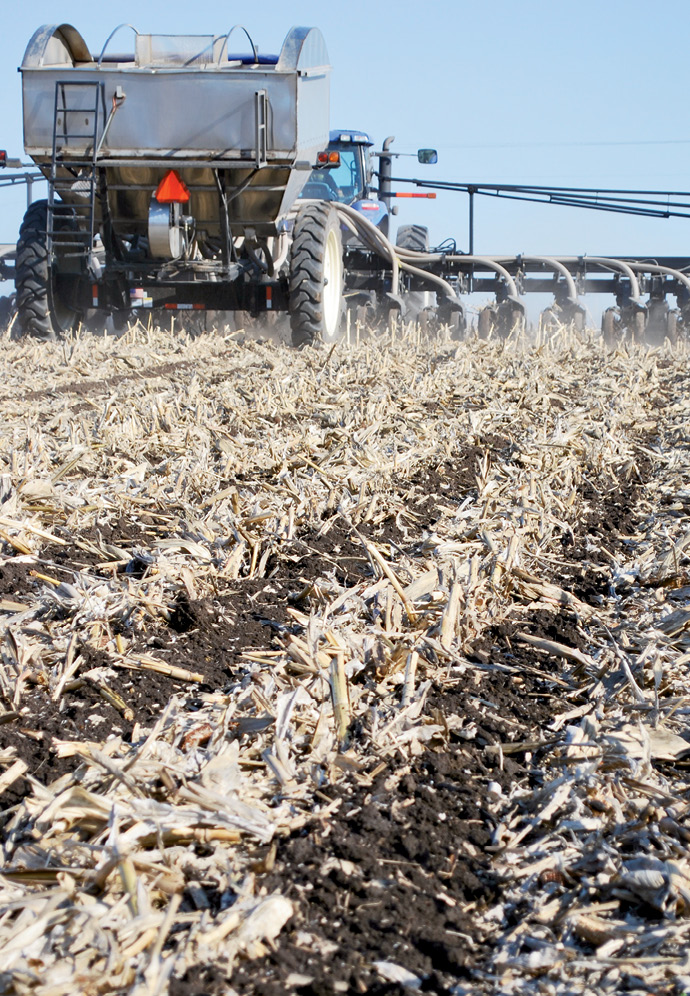 By Mark Moore posted on August 1, 2009 | Posted in Strip-Till Farming

20 years after inventing the Corn Belt’s version of the strip-till rig, Richard Follmer shares a few of the practice’s advantages and must-do tips and techniques.

If you haven’t heard of Richard Follmer, just know that you’ve probably used a version of his invention if you’ve used a strip-till unit recently. The owner of Progressive Farm Products in Hudson, Ill., invented the midmount, dual-placement strip-till toolbar that is being used by thousands of Corn Belt farmers.

Honored as a No-Till Innovator at last January’s National No-Tillage Conference, Follmer’s more than two decades of strip-tilling has taught him a thing or two. During the 2009 event, he shared his insight on how to make the best use of strip-tillage — what works and what will help make producers more profitable.

“One of the things I’ve learned is that not everyone does things the same way in strip-till,” Follmer says. “Depending on where you live, the soil types you have, climate or rainfall pattern, what you do will make a difference in how you are going to make strips in your operation.”

1. Sidewall smearing is not as common a problem in strip-till.

“What you want is for the roots to go straight down in the strip,” Follmer says. “So there’s no real need for roots to move sideways to seek shallow-planed broadcast fertilizers.”

Follmer says that when he started developing strip-till equipment, producers laid down a residue carpet on the bean field.

“The problem was when you went to no-till corn in the spring, it wasn’t warm and it definitely wasn’t dry underneath,” he says.

While some no-tillers added coulters to the front of the planter, they…

Premium content is for our Digital-only and Premium subscribers. A Print-only subscription doesn't qualify. Please purchase/upgrade a subscription with the Digital product to get access to all No-Till Farmer content and archives online. Learn more about the different versions and what is included.
KEYWORDS Controlled-traffic coulters Equipment fertilizer fuel planter spring strip-till strip-till strip-tillage toolbar

No-Till Pioneer Looks Back To Learning As He Went Along

Balanced Soil Is The Base For Strip-Till Success