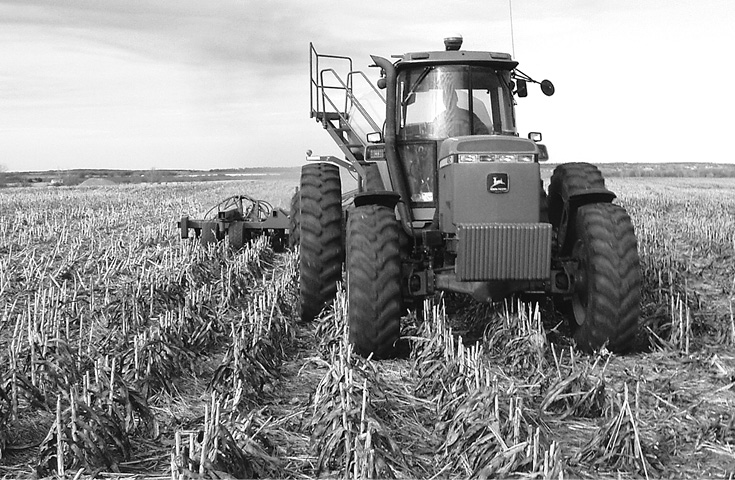 Taking a long-term view helped this Oklahoma no-tiller see the value of crop rotations, as well as double crops and cover crops.

Southwest Oklahoma is considered wheat country, but one no-tiller is working to change that perception.

While wheat is still a large part of Alan Mindemann’s production system, the Apache, Okla., no-tiller has added several crops to his rotation, as well as given cover crops a role in his no-till management system.

In 2008, Mindemann actually planted more acres of corn than wheat, although he says that could be subject to change in the future. In fact, canola may be the main crop for 2009, he says.

With an average annual precipitation of 32 inches and a frost-free period of about 216 days, Mindemann says he has the ability to plan several cropping seasons.

He can no-till winter wheat and winter canola in the fall, corn in the spring and double-crop milo, sunflowers, corn or cowpeas in the summer if he has adequate moisture.

“My country is all wheat. That’s the way it’s been for years, but things are slowly beginning to change with more local farmers switching to no-till and rotations,” Mindemann says. “I didn’t want to go the route of all wheat because too many guys have not been able to make it by going that route.”

But to raise a variety of crops in moisture-challenged areas like the Plains takes planning and foresight, and Mindemann says you need to do your homework.

“You need to know your available moisture,” he says. “I count on only receiving half my annual growing-season rainfall. If I know what…

Premium content is for our Digital-only and Premium subscribers. A Print-only subscription doesn't qualify. Please purchase/upgrade a subscription with the Digital product to get access to all No-Till Farmer content and archives online. Learn more about the different versions and what is included.
KEYWORDS Alan Mindemann canola Corn Cover crops milo Oklahoma rotations sorghum sudangrass sunflower Wheat

Ramp Up Diversity and Profitability By Adding Wheat