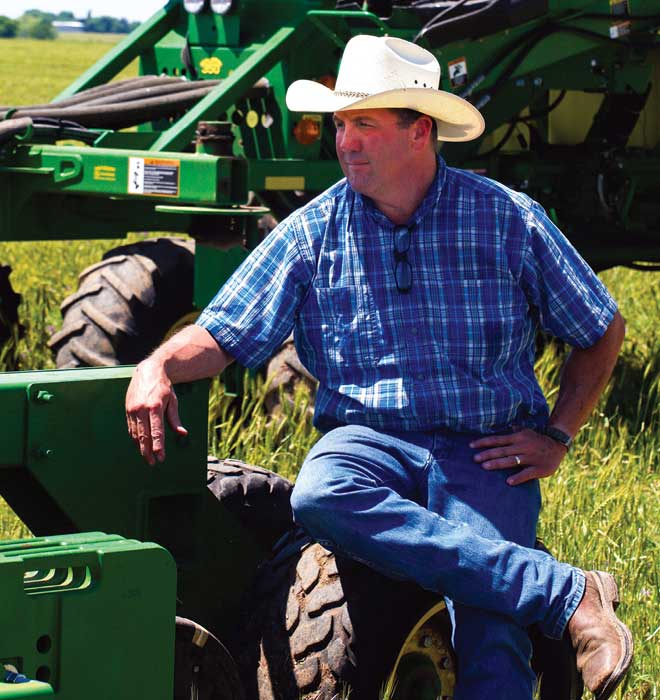 Putting Faith in No-Till into Action

Tom Cannon has turned around his family’s farm by parking the plow, increasing rotational diversity and bringing livestock back into the picture.

Pictured Above: SOLID FOUNDATION. After successfully implementing a diverse no-till system on his 6,000-acre farm near Blackwell, Okla., Tom Cannon is shifting the focus to raising grass-fed beef with grazing of both native grasses and cover crops. “My No. 1 decision-making tool will be soil health,” he says. “Because without soil, what have you got?”

In the last several months, Tom Cannon has been on the receiving end of some tough conversations on the phone.

With grain prices at historic lows when adjusted for inflation, some fellow farmers have called him in search of answers. A few were on edge, feeling they were worth more to their families as an insurance check than as a breadwinner.

Cannon has dealt with feelings of desperation before. Twenty years ago, not long after taking over his father’s farm and watching it continue to lose money, he walked into the Bicentennial Center in Salina, Kan., in a state of desperation.

Cannon says hearing South Dakota no-till expert Dwayne Beck’s talks about diverse no-till systems at the No-till on the Plains Winter Conference changed the way he looked at agriculture. Today, the fourth-generation farmer is raising a diverse rotation of cash crops, seeding summer and fall cover crops and revamping his operation to focus on forage-finished feed on a year-round basis.