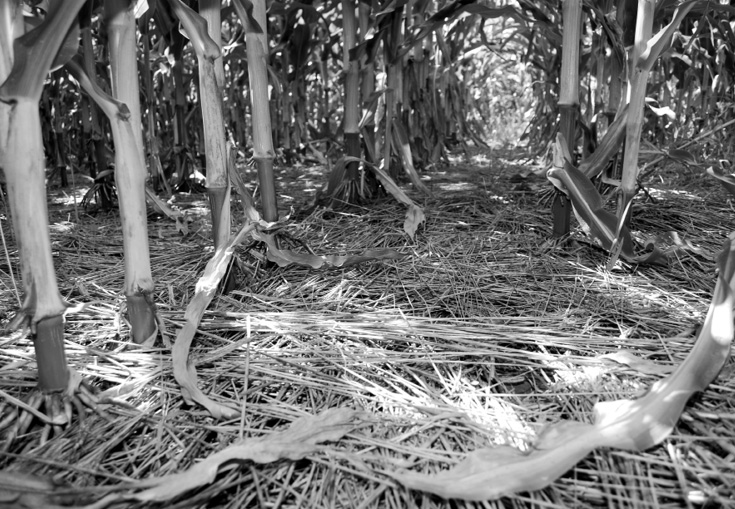 By Martha Ostendorf posted on September 1, 2009 | Posted in Cover Crops

Mellow soils, no compaction and moisture management are all benefits that a Missouri farmer realizes when no-tilling into a living cover crop of cereal rye and wheat.

Hallsville, MO., no-tiller Frank Martin quit raising hogs in 2001 and turned his focus to doing a better job of raising crops — with an emphasis on reducing soil loss. For him, that meant going no-till and integrating cover crops into his system.

Initially, Martin killed his cover crop before planting, but a sprayer skip pointed him in a different direction.

“The first year I tried cover crops, I noticed that I had a near-perfect stand of corn on one side of the field where I missed with the sprayer,” Martin recalls. “Right next to it where I had sprayed the cover crop, the stand was pretty bad.

“That got me thinking about waiting until the crop was up and growing to kill the cover crop.”

He knifes anhydrous into the cover crop right before planting, and then uses RTK guidance to plant corn between the anhydrous bands so he doesn’t have to delay planting.

This year, he accidentally planted right on top of anhydrous in some acres and saw excellent crop response, so he may change his anhydrous strategy next year.

The wheels and knives on the anhydrous application equipment lay down some of the growing cover crop. Then, aggressive row cleaners clear the way for planting.

“I use Yetter Shark Tooth floating row cleaners and…

9 Growers Spill Their Secrets for Planting into Cover Crops