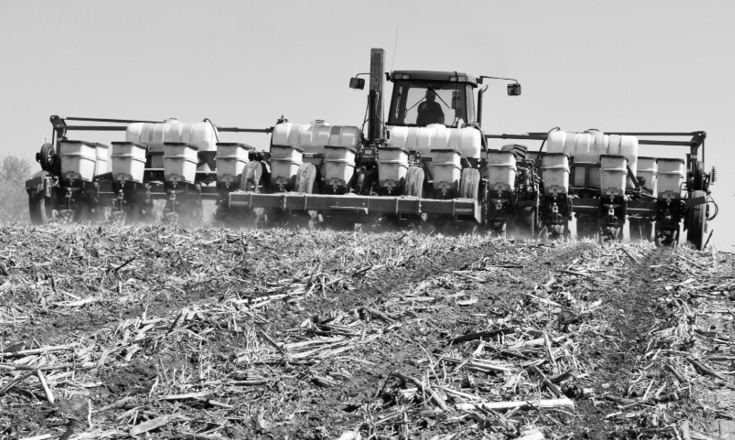 With wheat in his rotation and the last-resort use of a rotary harrow, Bill Rohloff is leaving his farmland in better shape than he found it.

When he was just a kid, there was a moment that likely shaped Bill Rohloff’s desire to no-till every acre possible.

He remembers the county soil conservationist and his father surveying the farm they had just purchased — property Rohloff farms today.

“There were gullies 10 to 12 feet deep that were the result of erosion,” the Cambridge, Wis., no-tiller says. “My Dad had to bring out a bulldozer to fill them in.

“I guess it made quite an impression on me.”

Today, no-till is the dominant practice on his farm.

The only exception is some vertical tillage he conducts with a Phoenix rotary harrow when spring conditions are abnormally wet and he needs to scratch the surface to plant. But that’s only a last resort — his aim is to no-till every acre.

“To me, it’s all about being responsible and how we are going to take care of the planet for the next generation,” Rohloff says. “I always figured when it was all said and done that I wanted to leave the land in better shape than when I started. That’s my goal.”

Walking across Rohloff’s fields, the effects of no-till are evident. The mellowness of the soils can be felt as you walk.

Not only is that the…

An Advocate Of More Conservation With No-Till

They Went Cold Turkey With No-Till