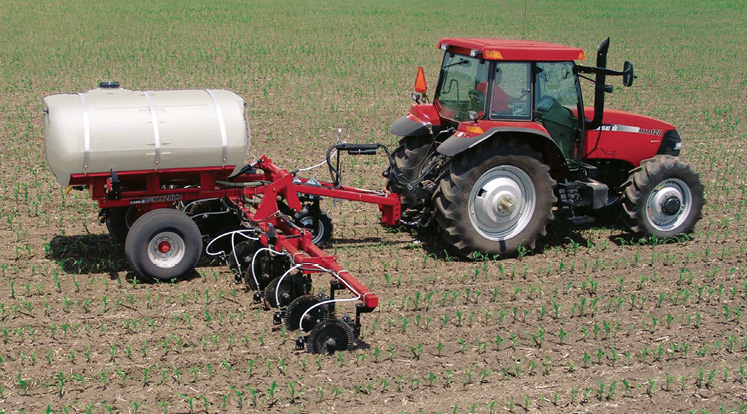 By Martha Ostendorf posted on February 1, 2009 | Posted in Nutrient Management

A late harvest, poor weather and high prices mean more no-tillers will be looking to apply more fertilizer this spring than usual.

Fertilizer was a painful input for most no-tillers in 2008. Growing world demand (up 14% — a growth equal to the entire U.S. market, according to The Fertilizer Institute), high production costs, increased transportation expense and a faltering U.S. dollar all contributed to record-high prices for major nutrients.

According to USDA statistics, from April 2007 to April 2008 nitrogen solutions were up almost 45%, diammonium phosphate (18-46-0) was up more than 92% and anhydrous ammonia was up more than 44%. And that was in April. Fertilizer prices spiked in September, stretching to levels 121% higher than in September 2007 for some nutrients.

Pair skyrocketing prices with a late harvest from wet, snowy fall weather in the West and Midwest, and the deck was stacked against fall applications.

The outlook for fertility in 2009 improved somewhat in December as fertilizer prices reacted to the ever-volatile 2008 market conditions. Ammonia, urea, phosphate and sulfur prices all dived by hundreds of dollars per ton with potash holding steady1 as 2008 drew to an end.

The next hurdle corn producers face is how to go about applying fertilizer in the spring in areas where fall application is the norm.

“Fall fertility is more prevalent in the West because they do not usually face heavy rainfall as winter approaches and conditions for nitrogen loss aren’t as great in the fall,” says Dale Leikam, president of the Fluid Fertilizer Foundation. “That wasn’t the case in 2008. In a lot of areas, it was very…