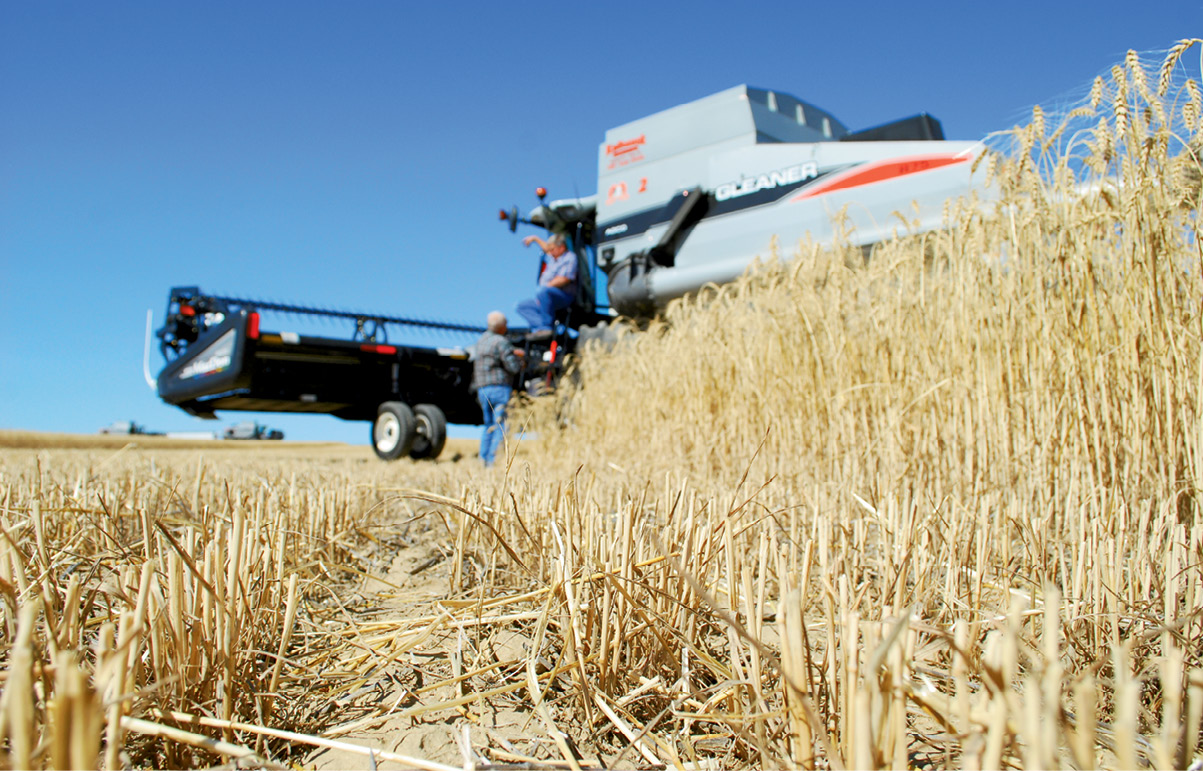 Hoping For Rain, Counting On No-Till

No-till has not only been better economically for Angela, Mont., farmer Alan Ballensky, the moisture protected by no-till has helped him raise yields that many would not deem possible in such a dry climate.

Alan Ballensky rolls his 4730 John Deere self-propelled sprayer to a stop in a cloud of dust at a field edge on his southeastern Montana small grains no-till operation.

He’s been out touching up weed patches in his summer fallow while, despite the dust, his custom harvest crew sits on the hill waiting for the wheat to dry another few percentage points before they take to cutting.

Looking pretty chipper for a man who’s already put in quite a few hours of windshield time, Ballensky assures he has plenty of time to talk.

“One thing I’ve gained since switching to no-till is time,” Ballensky says.

Ballensky no-tills 5,000 acres of winter wheat, spring wheat, malt barley, lentils and peas on the Red Butte Ranch located near Angela, Mont. When he transitioned to no-till more than 10 years ago, he thought minimum-till would be a better fit. But soon the economies of no-till sold him on the practice.

While time in the tractor has dipped dramatically, Ballensky now does most of his “farming” from the seat of his spray rig. And there’s a reason he leaves the cab with a smile.

“We used to run three…

Premium content is for our Digital-only and Premium subscribers. A Print-only subscription doesn't qualify. Please purchase/upgrade a subscription with the Digital product to get access to all No-Till Farmer content and archives online. Learn more about the different versions and what is included.
KEYWORDS barley erosion Fallow fertilizer glyphosate moisture planter Rain seeding self-porpelled sprayer Soil health sprayers Wheat