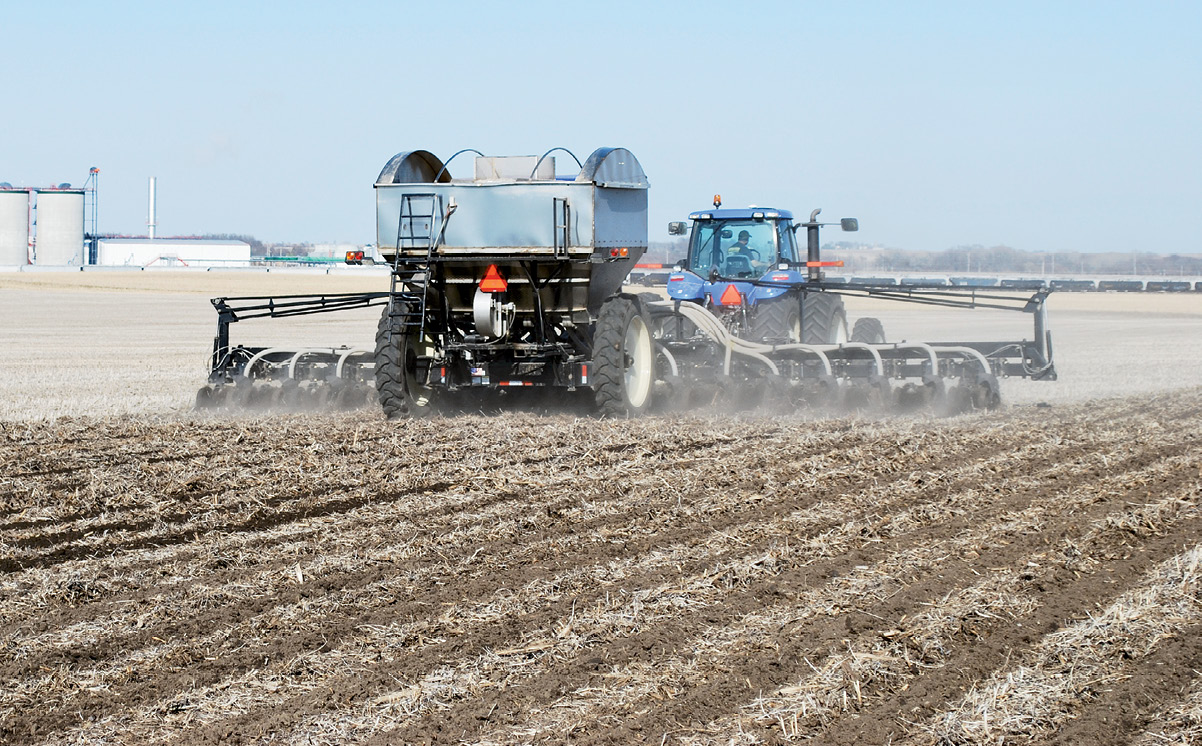 By Darrell Bruggink posted on November 1, 2009 | Posted in Strip-Till Farming

Iowa corn grower Jeff Reints has used full tillage, no-till, zone-tillage and fall strip-till, but he has settled on strips for raising corn.

Jeff Reints has run the gamut of experiences when it comes to raising corn. The Shell Rock, Iowa, corn-and-soybean grower moved away from full tillage in the mid-90s to no-till. Then after a brief stint with zone-tillage, he made the move to strip-till and found for his farm operations that it offered the best benefits of the previous systems he had used.

“We just felt no-tilling corn was too much of a struggle and we were getting to the point that we had too many attachments on the planter for it to function properly,” Reints says. “We evolved into the Rawson system. In the right conditions, that worked excellent, but in a wet sticky spring, you were always planting into wet dirt and the planter would ball up.”

Reints next tried strip-till and ran a couple different shank machines for 10 years, which he liked for fall stripping. But finally, in 2008, he decided to move from an eight- to 16-row system for increased acreage and didn’t want to spend the money for the high-horsepower and the high draft load of a 16-row shank machine. He decided to go with Dawn strip-till units and now builds his berms in the spring.

“Basically, we build strips 4 hours to 4 days ahead of the planter and we’ve seen excellent results with that system,” Reints says. “Strip-till got us to where we had that nice fine, dry dirt on top, something a planter could function in. Now with the spring strip-till, we…

Premium content is for our Digital-only and Premium subscribers. A Print-only subscription doesn't qualify. Please purchase/upgrade a subscription with the Digital product to get access to all No-Till Farmer content and archives online. Learn more about the different versions and what is included.
KEYWORDS Corn coulters crop rotation erosion fertilizer planter planting Precision residue row cleaners rows soybean strip-till