Rod Sommerfield has found an ally in strip-till as he works to return his farm’s soils to the nutrient level and health seen 150 years ago.

As a strong proponent of “regenerative agriculture” — which he explains is proper residue management that recycles the carbon and other nutrients in the residue back to the following crops — his hopes for the future of the farm that’s been in his family since 1892 are bold. Sommerfield and his son Rick now manage the farm, and they’ve zeroed in on a goal to ramp down inputs.

“Our long-term goal is to be producing 300 bushels of corn per acre and 100 bushels of soybeans per acre with 100% of the nitrogen (N) and most of the other nutrients coming from nature itself,” Sommerfield says.

He’s heard from experts at the University of Minnesota that it’s not possible, but he continues undeterred.

He cites studies by the university where surveyed fields showed about 43% of nutrients come from residue mineralization, 5-10% from atmospheric lightning, 8% from manure and 33% from the application of fertilizer.

“Their position is that you can’t manage or manipulate mineralization,” Sommerfield says. “We’re totally on the opposite side of that. We’ve seen regenerative agriculture manage mineralization.”

Sommerfield has been banding fertilizer since 1972 and strip-till figures heavily into his regenerative practices. He feels that long-term conventional tillage around the country has created anaerobic soil environments that perpetuate themselves, and that the light touch of strip-till may be the perfect intermediary to return soils to their once rich state. 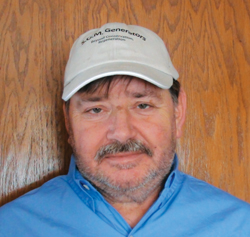 Premium content is for our Digital-only and Premium subscribers. A Print-only subscription doesn't qualify. Please purchase/upgrade a subscription with the Digital product to get access to all No-Till Farmer content and archives online. Learn more about the different versions and what is included.
KEYWORDS mineralization Minnesota nutrient management regenerative agriculture residue management rod sommerfield strip-till