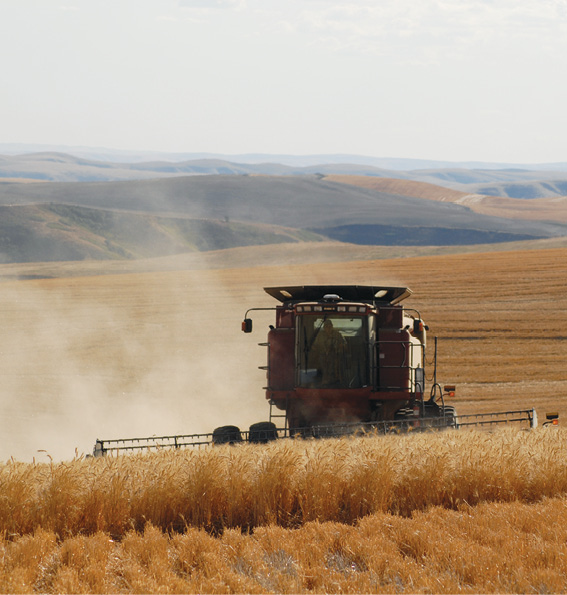 By Frank Lessiter posted on May 1, 2014 | Posted in Equipment, Residue Management, Water Management

No-tilling slopes as steep as 60% that receive as little as 12 inches of annual moisture and summer-time temperatures that frequently run over 100 degrees F., John Aeschliman has been successfully no-tilling in the Palouse area of eastern Washington for more than 40 years. 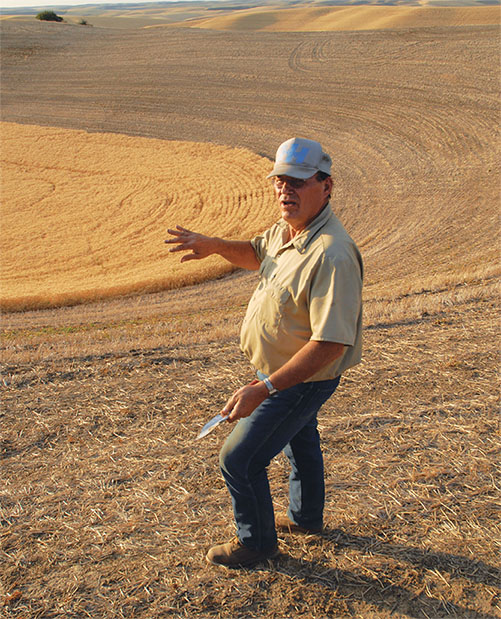 A real advocate for no-tilling, the Colfax, Wash., grower no-tills 4,000 acres in the Palouse area with son Cory and one hired hand. He started no-tilling in the mid-1970s and has been 100% no-till on all his ground for the past 40 years.

“With the steep slopes here in the Palouse, the yearly moisture changes almost mile by mile and at times we get as much as 24 inches of moisture in the northeasstern part of our county,” he says.

No One Answer For Handling No-Till Residue