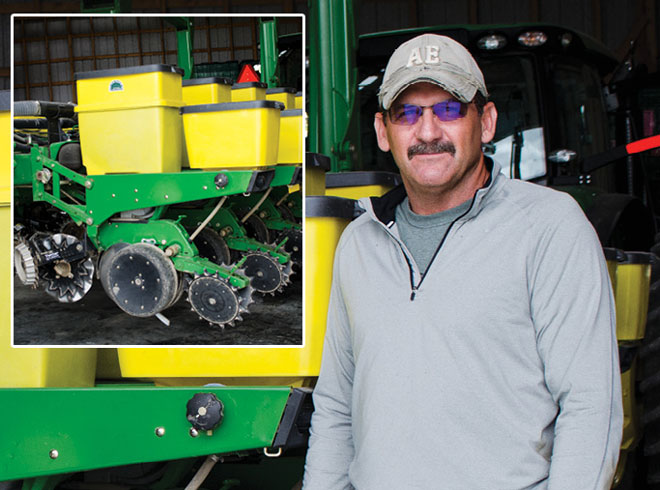 Illinois grower Randy Chapman hopes cover crops will help him move from strip-till to 100% no-till while cleaning up herbicide-resistant weeds.

When Randy Chapman started farming with his father, he knew they weren’t going to have the help they needed for labor. He also didn’t like the erosion he witnessed from tillage and realized they had to do something different.

So in 1989, his neighbor, Jim Spraggins, took him up to Jim Kinsella’s farm in Lexington, Ill., where he was introduced to the idea of no-till and strip-till.

“I got hooked, seeing what Jim Kinsella was doing,” he says.

After that, he began no-tilling his 600-acre corn and soybean farm in Hidalgo, Ill., and adopted strip-till for his corn in 2001. In 2012, he added cover crops to his system, a practice he wishes he had adopted 26 years ago with no-till.

“We’d be a lot farther along, I think, than where we are today,” Chapman says.

While he can’t change the past, Chapman is focusing now on best management practices to help yields, protect the environment and eventually move to 100% no-till.

Chapman says the main reason he began strip-tilling corn 15 years ago is that no-tilled corn didn’t do well on his high-clay soils, which…

9 Growers Spill Their Secrets for Planting into Cover Crops

11 Tips for Getting Started with Cover Crops