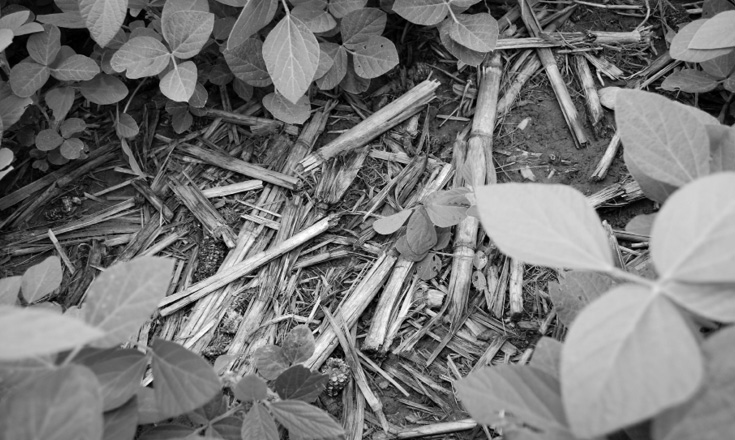 Reducing planting rates by 30,000 seeds per acre without a yield loss is convincing Keith Reha to move away from 15-inch soybeans.

Count Keith Reha in as one of the many no-tillers taking a hard look at their soybean seed expenses, and questioning the tools and even the row width they use with no-till soybeans.

The Ovid, Mich., no-tiller had drilled soybeans at a seed population of 200,000-plus seeds per acre until about 5 years ago when he made the switch to no-till corn. While his Great Plains drill had worked well with a row spacing of 7.5 inches, his new Kinze corn planter presented him with an opportunity to look at no-till soybeans from a different perspective.

During the past several years, Reha has used his Kinze planter to no-till both 15- and 30-inch soybeans. With Roundup Ready seed costs having increased about 20% in 2009 and expectations that it will take another substantial jump in 2010, Reha is leaning toward 30-inch rows.

The only disadvantage that Reha has seen with 30-inch soybeans is that the soybeans take longer to canopy. That appears to have allowed some weeds the opportunity to emerge later in the season.

“One of the things we notice are some late flushes of grasses where the soybeans are late to canopy,” Reha says. “We had an unusually cool, dry summer, and…

Premium content is for our Digital-only and Premium subscribers. A Print-only subscription doesn't qualify. Please purchase/upgrade a subscription with the Digital product to get access to all No-Till Farmer content and archives online. Learn more about the different versions and what is included.
KEYWORDS 5-inch Corn drill herbicide applications planter planting rows slot soybean Stalks yield

Uncovering The Profit In No-Tilled Soybeans