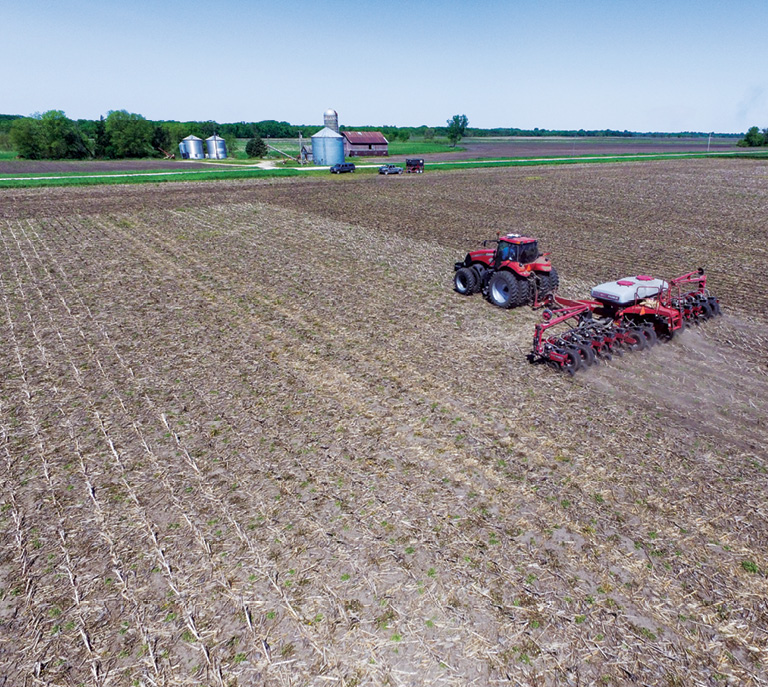 Whip Tough Fields into Shape with Automatic Down Force

Farmers, engineers and manufacturers weigh in on the benefits of auto down force and the soils and tillage systems offering the best payback.

In a few important ways, William Cran, who farms 1,500 acres of corn and soybeans with his father Robert, represents the ideal demographic for automatic planter down force.

The technology is a good fit for Cran’s operation just outside Bradgate, Iowa, because his acreage is large enough to exploit the economy of scale. He has both no-tilled and conventionally tilled fields, and much of his ground is comprised of highly variable river bottom soils.

“We can go from hard-pack clays to sandbars within 100 feet of one another, all across the field,” says Cran.

In early 2016, Cran upgraded from the manually adjusted pneumatic down-force system on his 16-row Case 1250 planter to Ag Leader’s automatic hydraulic down-force system. Although he’s only used the new setup for one planting season, the benefits have already been obvious.

Partly due to the inconvenience of adjusting his old system in the field, Cran admits that he would usually only alter his down pressure two to three times per season. He’d usually leave it set around 100-120 pounds of pressure.

But while planting earlier this year with the new system, he noticed the sensors on his down-force system would often call…

Premium content is for our Digital-only and Premium subscribers. A Print-only subscription doesn't qualify. Please purchase/upgrade a subscription with the Digital product to get access to all No-Till Farmer content and archives online. Learn more about the different versions and what is included.
KEYWORDS Ag Leader automatic down force even emergence Hydraulic Down Force Precision Planting seed depth

Down Force and How it Impacts the Structure of Your Furrow