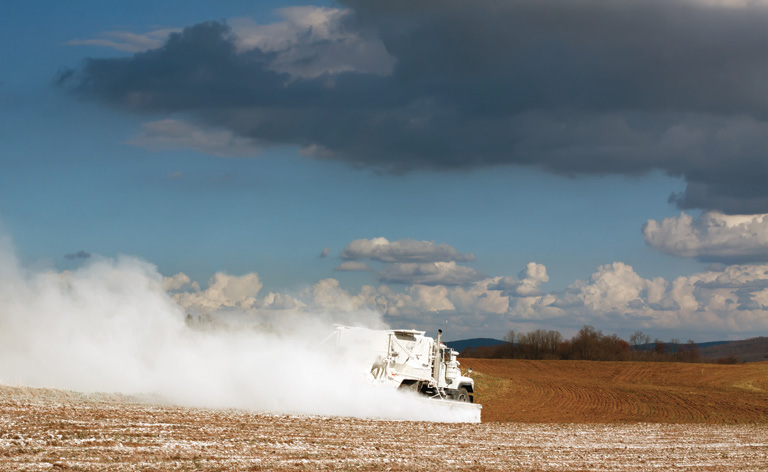 Experts explain how soil sampling by layers and effective liming can help no-tillers overcome the ‘additive’ effect on soil acidity.

Concerns among no-tillers about the impact of high nitrogen (N) rates on soil acidity appear to be on the increase. And it’s more of a problem with continuous no-till since some growers are spreading less lime due to increasing soil organic matter and decomposition.

Even though no-till liming is often done more frequently at a lower rate per application and at the proper time, acidification can still become more serious in the surface layer of soil rather than over a much deeper tilled layer.

A year ago, two-thirds of No-Till Farmer readers indicated acid soils were a major concern and 61% felt higher N levels have resulted in more acidic soils. They pegged the average loss due to lower yields from acid soils at $95.07 per acre.

Comparing no-till and extensive tillage, Hans Kok says the only major difference is the stratification with low pH near the surface rather than the overall total soil pH change in the rooting zone.

In recent months, the Carmel, Ind., crop consultant has been getting reports that some eastern Corn Belt soils are becoming more alkaline. It may be due to the reduction of sulfur deposits when acid rain was cleaned up.

“This increased pH could be linked to increased phosphorous runoff into Lake Erie,” says Kok. “A key question is whether many Midwestern soils have more buffering due to limed subsoils or higher CECs compared to volcanic soils in areas such as the Pacific Northwest. Plus, how much N the crop…

When Dealing with Phosphorus and Nitrate Losses, Many Long-Term No-Till Benefits Are Being Challenged as Researchers Take a More Serious Look at Water Quality

Our Soil, Our Life