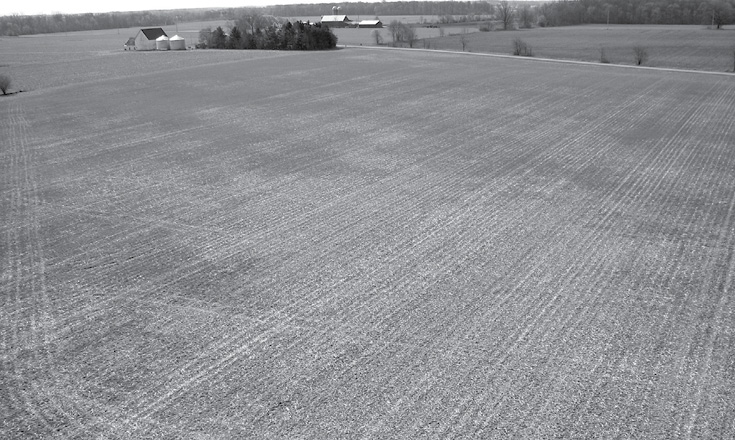 Too Much Of A Good Thing

Night crawlers are partially to blame for spotty cover-crop establishment in no-tilled fields.

But it turns out the answer was underfoot, not overhead.

Dean has been experimenting with different ways to establish his annual ryegrass and cereal rye cover crops.

“We started using cover crops extensively about 5 years ago and keep trying to use more and more every year,” says Dean, who has been no-tilling for more than 30 years. “We like what cover crops do for our soils.”

“We like annual ryegrass because it has deep root structure and doesn’t grow as tall as cereal rye in the spring,” Dean explains.

He also likes the soil structure benefits he gets from the extensive root system of annual ryegrass. To get more acres of annual ryegrass established, Dean had a helicopter seed it into standing soybeans in 2008.

“The application pattern just wasn’t what we wanted,” Dean explains.

So in September 2009, Dean hired an airplane to seed annual ryegrass in some fields and cereal rye in others.