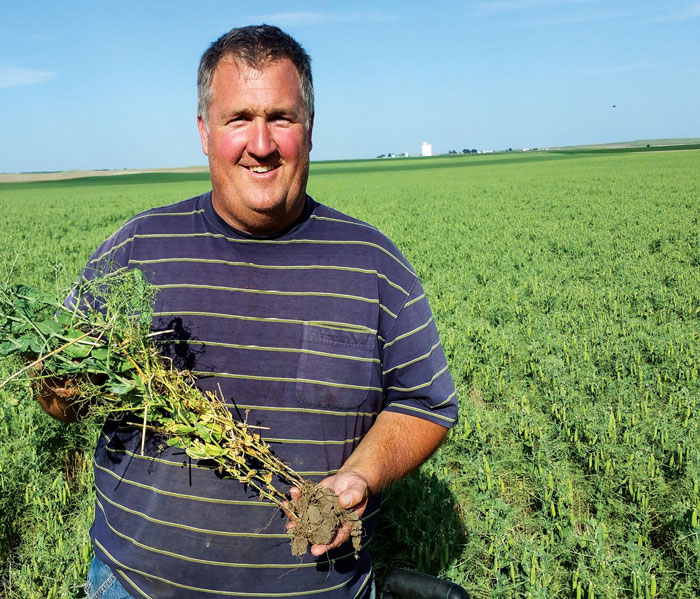 Steve Tucker sees a profitable future for his no-till operation with a commitment to cropping diversity and keeping soils covered.

Pictured Above: ADDING UP. Steve Tucker has been thinking outside the box as of late with his no-till operation in western Nebraska, as he’s added numerous specialty crops and cover crops to his rotation and begun grazing livestock to increase soil health and boost income diversity

Steve Tucker still remembers driving around on the farm with his grandfather and hearing him say, “I should hope you never have to go through something like the 1930s and the drought that I went through.”

But when 86-year-old Dave Ourada died in 2001, Tucker not only lost his farming mentor, but would soon have to deal with his grandfather’s worst fear: Rain was very scarce in western Nebraska for the next few years.

“One year, the corn was waist tall with no ears on it,” he recalls. “I planted wheat and topdressed it with 50 pounds of fertilizer and watched our neighbor, who didn’t do anything, get 30-bushel wheat while I had 50 bushels of straw but nothing in the grain to harvest.

“I knew something had to change. I went to no-till and the light bulb came on.”

Tucker has since totally revamped his rotation, no-tilling as many as 10 different crops on 4,000 acres near Venango. He’s added cover crops in the last few years and is now grazing livestock on corn stalks and covers to “sell his crops as meat rather than as grain.”