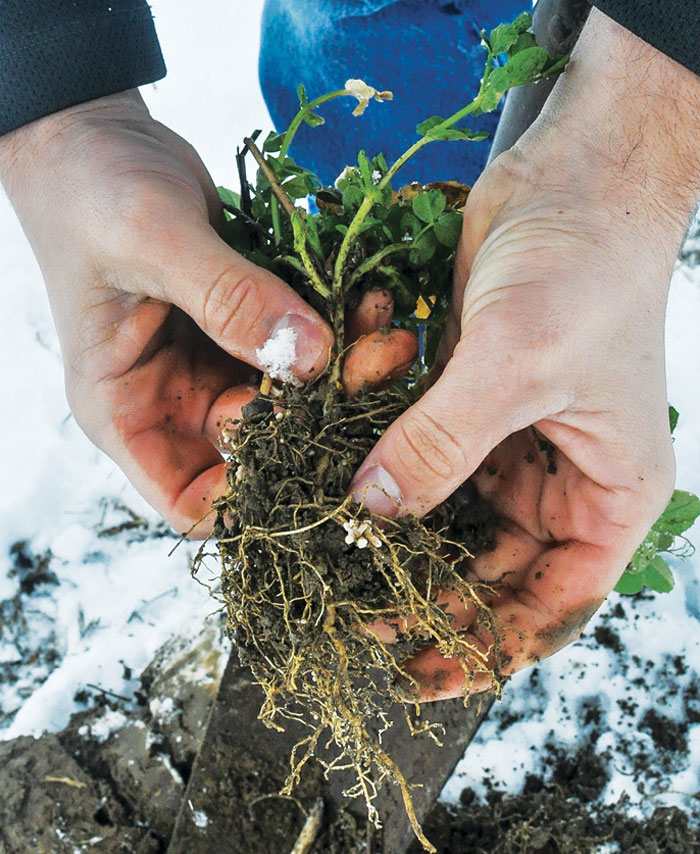 After seeing the changes cover crops made to one farm, the Eberhard family is going all in to take out weeds and secure and produce nutrients.

Fifteen years ago, Lynn Eberhard began farming a field that was in bad shape. The ground was hard and the yields were poor. So he decided to seed cover crops, which he had been using on and off since the early 1990s, on that farm every year.

The corn on that ground originally yielded around 160 bushels when Lynn took over, but today it’s hitting over 200.

When he told a guy he used to work with about the changes made on that farm, the man responded, “Well, if cover crops do that to a poor field, imagine what they’d do to a good one.”

Lynn thought the man had a point, so for the last few years he and his son, Eric, have been seeding covers on every acre of their 700-acre farm.

Seeing how cover crops, paired with continuous no-till, are changing their soils and pushing yields, the Eberhards are tweaking their management system to get even better use out of them.

Located in Bellevue, Ohio, the Eberhards’ progression toward a 100% no-till corn, soybean, wheat and cover crop operation began in 1982, when Lynn began no-tilling. At the time he was working at the Soil and Water Conservation District office in Seneca…

No-Till Benefits Add Up to Dollars and ‘Sense’