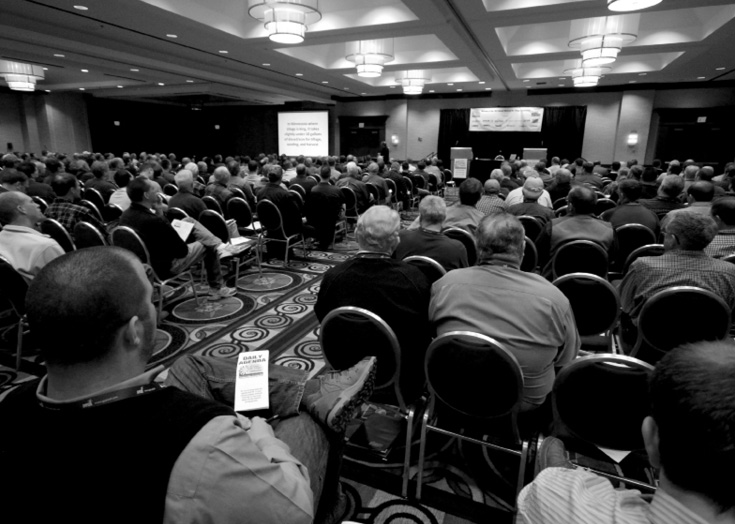 A Well-Rounded Diet Of No-Till Topics

The 18th annual event drew a record turnout for Des Moines — the fifth meeting for the city — of 789 no-tillers, consultants and ag manufacturers from the United States and Canada, as well as from Africa, China, Italy, Russia and the Ukraine.

“Minds are like parachutes,” he says. “They work only when open.”

Since he began no-tilling, Schlapkohl says he has increased organic matter on his farm from less than 1% to 5% to 6%.

“I can build the soil even if it’s in continuous corn,” Schlapkohl says.

He does this by choosing girthy hybrids that reach up to 14 feet tall. The large amounts of biomass from these hybrids allow him to remove half of the residue.

But he urges no-tillers using hybrids 6 to 8 feet tall to “leave the residue there.”

The ability to protect soil after harvest, suppress weeds and enhance…