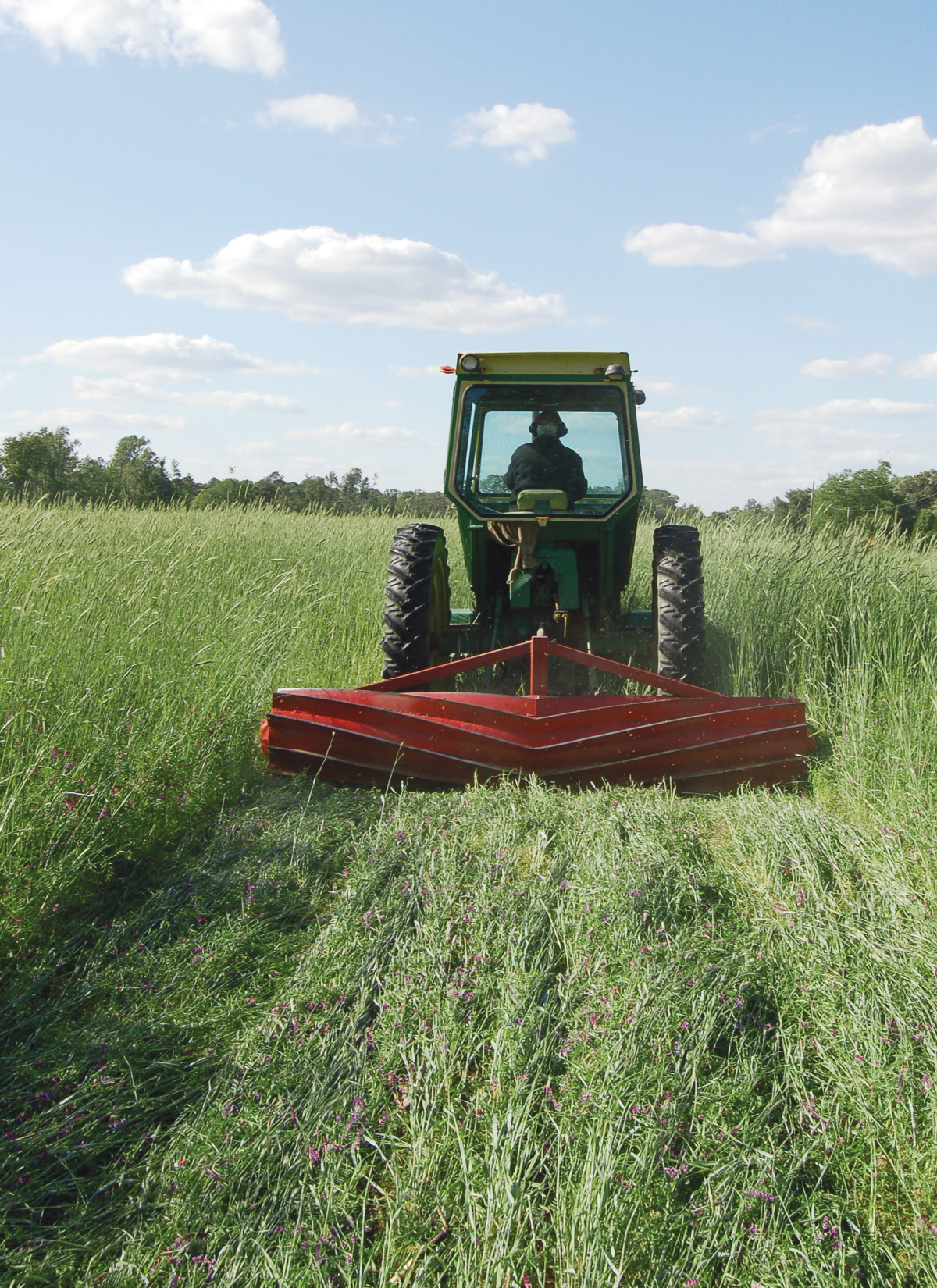 “I want to increase the soil organic matter, which on our Coastal Plains’ soils is 1% or, at best, 1.5 %,” says Davis, who retired in 2009 after 28 years as the Virginia Tech Extension ag agent for New Kent and Charles City counties. “That’s why I grow cereal crops, like winter wheat and cereal rye.

No-tillers can reap benefits from cover crops soon after they are seeded in the fall, says Davis, who farms with his father “Boogie” Davis.

“After harvesting double-crop soybeans in the fall, we want something green and growing to trap the nitrogen, phosphorus and potassium in the soil,” he says.

“This is the sixth year we have grown corn following winter annual cover crops,” he says. “And this year is the first that almost all of our corn has been planted into hairy vetch. In the previous 5 years…

Killing The Most Popular Cover Crops — The Right Way