By Laura Barrera posted on May 1, 2014 | Posted in Cover Crops, Nutrient Management

There was a time when Jeff Rasawehr was struggling to make no-tilled corn work on his western Ohio farm.

While he had success making a profitable transition from conventional tillage to no-till for soybeans and wheat, it was taking 7 to 9 years to do this with corn.

Rasawehr’s Celina, Ohio, fields also had low fertilizer and manure efficiencies, along with high fertilizer, fuel and herbicide costs. He also had soils that were compacted, eroded and poorly structured. 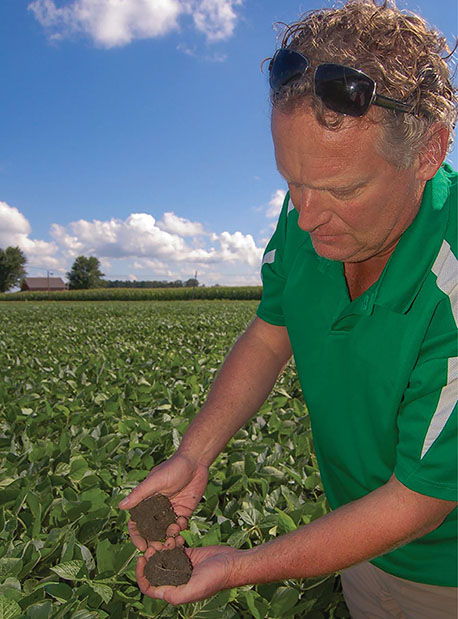 But Rasawehr’s no-tilled corn no longer struggles today, with some of his fields reaching 220- and 230-bushel yields. His nitrogen, phosphorus and potassium application rates have been cut by about half, and weed populations have reduced to the point he only has to spray glyphosate once on most of his fields.

The combination of all benefits and cost savings has led to an approximate $200-per-acre bump in his net income, which has helped him go from farming 2,800 acres down to 900 while still being profitable.

The key to this drastic turnaround: Adopting a system known as “ECOlogical farming.”

“The ideal scenario is to maximize the utilization of the nutrients, and to minimize or mitigate nutrient discharge into the environment,” Rasawehr explains.