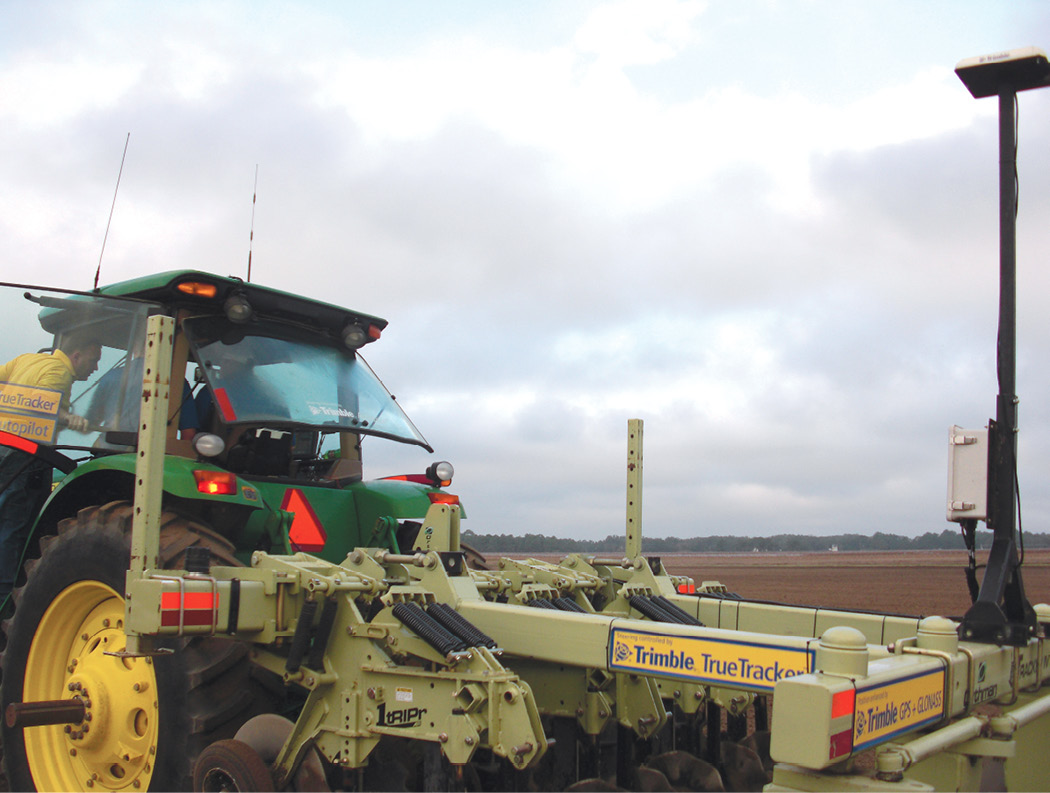 Be Precise Where It Matters

By Dan Zinkland posted on February 1, 2010 | Posted in Precision Agriculture

Mark Roemke and Troy Ahrenstorff are sold on the precision agriculture equipment they’ve recently adopted to deal with implement drift.

It’s a problem that these farmers and industry experts say can cost growers thousands of dollars in inputs and yield.

Before Ahrenstorff began using an implement steering system in 2008 on the family’s 24-row planter on 30-inch spacings, he, his brother, Todd, and their father, Bob, could see the planter “skating” side to side by as much as 15 inches.

With their corn planter moving that much, it meant the corn wasn’t getting planted into the strip-tilled berms where fertilizer was placed, Ahrenstorff says.

“A lot of good that zone is doing if we can’t get our seed where we want it,” says the Lake Park, Iowa, strip-tiller, who grows corn and soybeans and feeds cattle. “The problem was the worst around waterways and side hills.”

“Implement drift is a major issue for all farmers,” says Matt Hesse, business segment manager for Trimble Navigation. “Farmers that experience drift the most use towed implements versus 3-point implements.

“A major contributing factor to drift is terrain, but also how the field has been prepped. Implements are not all perfectly square, meaning some implements create their drift in the way they were assembled or designed.

“The implement can also be affected from the way the flat terrain was prepared for seed placement.”

Drift is more of an issue now as planters, air seeders and other implements get bigger and wider…