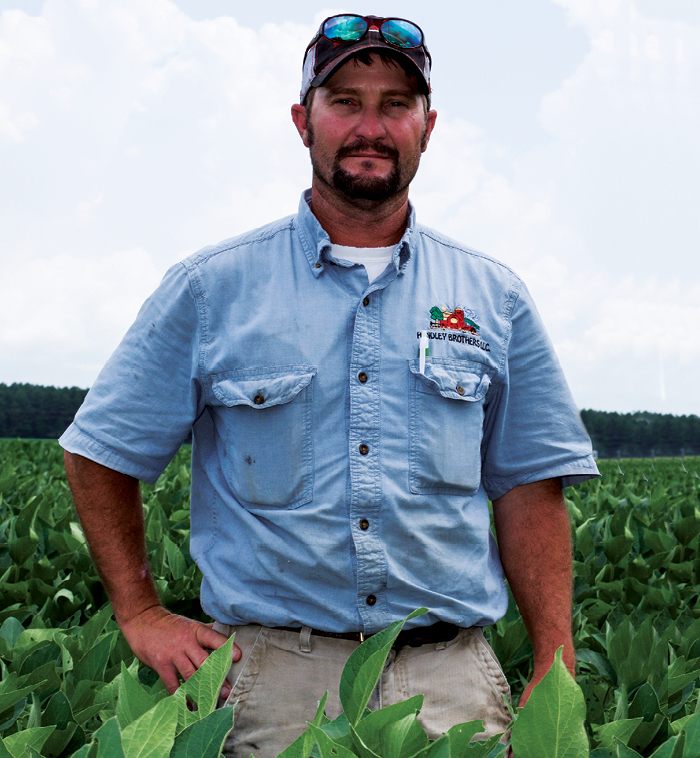 Pictured Above: COMING TOGETHER. John Hundley’s family used to run chisel plows and offset discs on their heavy soils in eastern Virginia. But they turned to no-till 15 years ago and have seen improved water infiltration and planting conditions

TO SAY SOILS on John Hundley’s farm are difficult might be somewhat of an understatement, and paired with Mother Nature’s fickleness that makes his management decisions even tougher.

He typically likes to apply fertilizer in March ahead of his corn and full-season soybeans, but this spring he was delayed because of standing water in his fields.

Last July, he double-cropped soybeans late into muddy wheat fields on 300 acres because spring rains pounded the fields. The soybeans came up through the quagmire, much to his surprise.

“If it wasn’t for no-till I couldn’t have planted them. It wouldn’t have been possible,” Hundley says.

“No-till has been working good for me the last 10-15 years now,” he says. “I’m seeing more organic matter building up, and more earthworms under the soil surface.”

Hundley no-tills 1,400 acres near Center Cross, Va., about 45 miles northeast of Richmond and in close proximity to the Chesapeake Bay region.

A third-generation farmer, he typically raises 450 acres of corn, 500 acres of full-season…