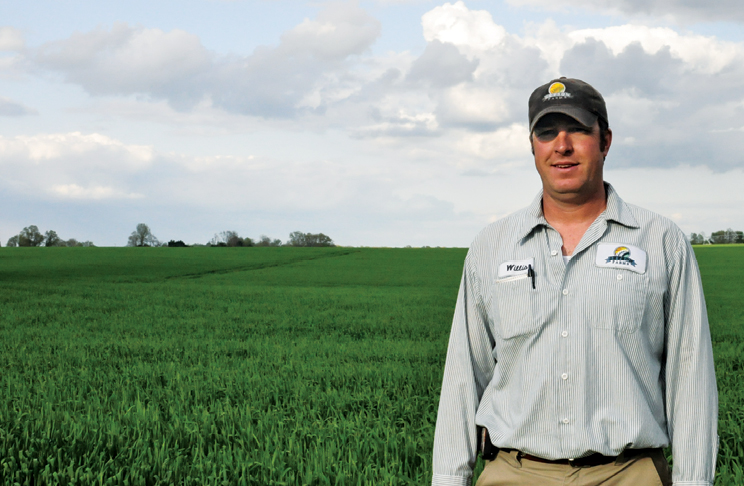 After decades of no-tilling, Jepson Family Farms is finding meticulous use of data and technology is helping them increase their profitability while protecting the environment.

The Red River that runs through northern Tennessee got its name for a reason, Willis Jepson says.

But if you take a look at the river after a couple inches of rain, it doesn’t turn red like it used to.

The Orlinda, Tenn., no-tiller recently saw a biologist examining the river and asked him, “What are you seeing? What’s the story on our river?”

The biologist told him the Red River is cleaner than it’s ever been in his career.

“That’s because people are no-tilling,” Willis says. “That tells me as a community of farmers, we’re doing something right.”

In addition to no-tilling, Jepson Family Farms is doing its part to keep the river clean — while still making a profit on their 8,500 acres of crops — by collecting accurate data, integrating precision technology and seeding cover crops.

Willis, who farms with his father, William, says he was born into no-till, as the family started the practice in the 1970s with double-cropped soybeans behind wheat. They began no-tilling corn the following decade, and then started no-tilling wheat in the 1990s to complete the transition. 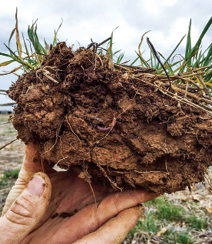 STRONG STRUCTURE. Decades of no-tilling have improved the tilth of the Jepsons’ Crider, Pembroke and Mountview soils, with organic matter levels climbing to 3-5%.

At the time, wheat was the toughest to no-till because the corn residue harbored powdery mildew and fusarium head scab. But Willis says fungicides and seed varieties have improved over time, so no-till wheat yields are just as good…

Premium content is for our Digital-only and Premium subscribers. A Print-only subscription doesn't qualify. Please purchase/upgrade a subscription with the Digital product to get access to all No-Till Farmer content and archives online. Learn more about the different versions and what is included.
KEYWORDS Climate Corp. FieldView jdlink land.db software management zones myjohndeere.com precision data telematics variable-rate technology Willis Jepson