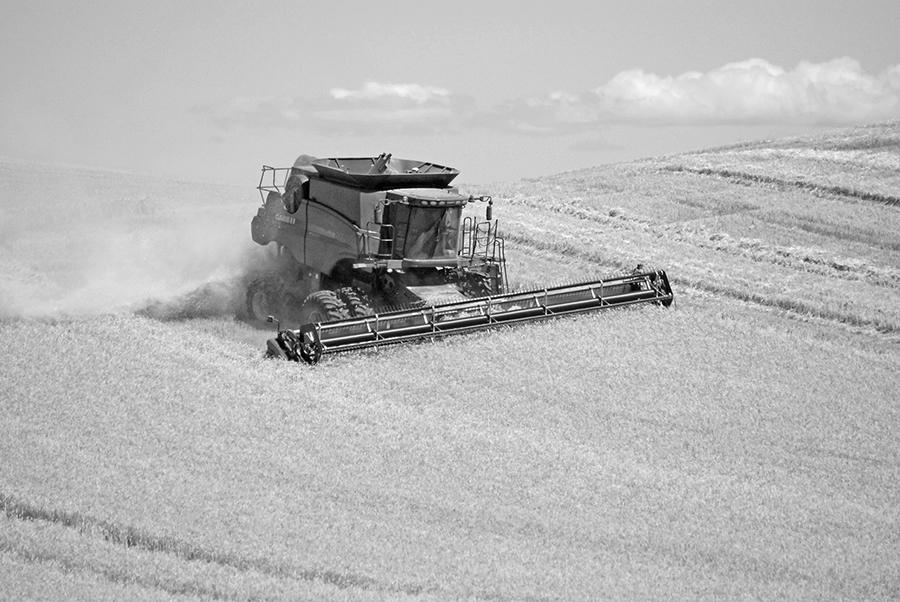 Wheat residue conserves moisture and increases the yields and profits of crops ranging from corn to soybeans to safflower for Kansas no-tiller.

Other crops make more money than wheat for Palco, Kan., no-tiller Mike McClellan, but its residue increases the yields and profitability of the other crops in the 5-year rotation.

“Wheat residue is the engine that drives our system and good residue is a reflection of good yields,” says McClellan, who no-tills 4,800 dryland acres. “Our best corn or milo is always planted into wheat stubble — generally, it’s going to be 15 to 20 bushels per acre better than continuous corn or milo.

“I look at planting wheat like taking medicine. It’s something you do for the long term.”

After 10 years as an ag lender, McClellan returned in 1994 to farm with his father, Bob. McClellan and his 81-year-old father have a full-time employee, Dave Ent, and they trade equipment and labor with a neighbor, Tim Marcotte.

In 1995, McClellan began no-tilling milo into wheat stubble. They switched from tillage to herbicides to control weeds. McClellan learned more about no-till by attending seminars and talking to other no-tillers.

With the exception of recently rented land, the farm has been continuously no-tilled for 10 years.

“The longer I no-till, the more apparent it becomes that keeping the ground covered with adequate, uniform residue is critical to productivity,” McClellan says. “No-tilling allowed us to eliminate summerfallow, intensify our cropping sequence and grow more profitable crops. I’ve seen a real benefit to soil structure in a short time.