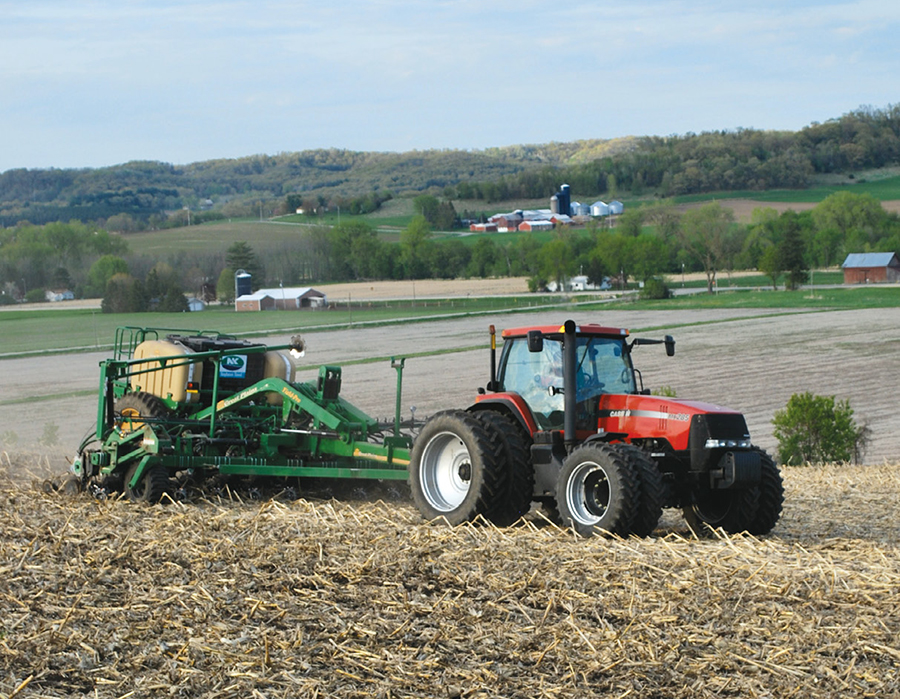 By Darrell Bruggink posted on February 1, 2010 | Posted in Equipment

The push is on to increase corn yields to a 300-bushel U.S. average. Twin rows may allow corn roots room to grow to capture nutrients and water, while allowing plants to capture more available sunlight.

Have you ever felt like you needed a little more space? If Greg Selbrede’s corn plants could talk, the Leon, Wis., no-tiller figures they would have been telling him they felt just a bit claustrophobic.

Just as it was once the norm to plant corn in 38- or 36-inch rows, the days of 30-inch corn may be drawing toward the twilight of its lifespan, says Selbrede, who raises forage for dairy cattle. Selbrede already has moved into the future, as he sees it.

“We were so thick in 30-inch rows, we were getting population top-off,” he says. “We couldn’t go higher without lessening yields and having standability issues due to thick stands.”

When he was ready to trade planters nearly a decade ago, the no-tiller chose to go with twin rows spaced 8 inches apart on 30-inch centers.

While the idea is certainly not new — Monosem has built twin-row planters for years and Great Plains is the most recent manufacturer to get on board with the technique — the concept is gaining some momentum with support from seed giant Monsanto.

The very population top-off and plant crowding Selbrede speaks of in 30-inch corn may be the obstacle that prevents corn producers from increasing yields much further.

Monsanto officials have been adamant that corn yields per acre nationwide will need to average 300 bushels to feed a growing world population. That likely means the high-yielding areas of the Corn Belt will need to approach 400 bushels per…