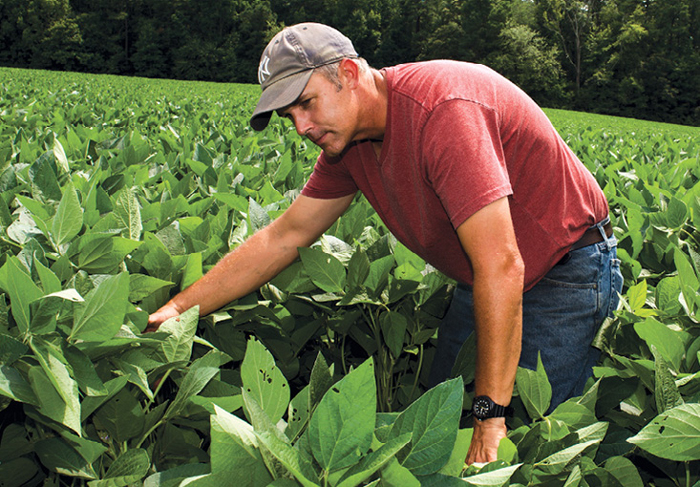 With a focus on no-till and cover crops, Virginia grower Robb Hinton has improved soil health and moved into a better position for increased yields.

IF YOU ASK Robb Hinton about what he’s doing on his farm, his answer is he’ll try just about anything.

But one thing’s for sure — he’s satisfied with the decision he made to convert to no-till and start seeding cover crops on his farm near Kilmarnock, Va.

Back in the 1980s, farming was difficult. His father’s farm wasn’t quite large enough to support two families, so Robb went to work in the construction industry and started his own fabrication business.

Knowing he wanted to return to farming, in 2003 he picked up 300 acres. In 2007, the perfect opportunity came along and he sold business to farm full time.

On his 1,400-acre farm located on a peninsula 70 miles east of Richmond in the Chesapeake Bay watershed, Hinton typically no-tills corn and soybeans while running a Great Plains Turbo-Chopper on wheat ground. With poor wheat prices, Hinton started experimenting with raising cereal rye, which he uses as a component in his cover crop blends.

He handles soybeans two ways — double cropping them behind wheat around the third week of June, or raising full-season, 4.6-maturity soybeans planted in…

From ‘Trash Farming’ to No-Till Success