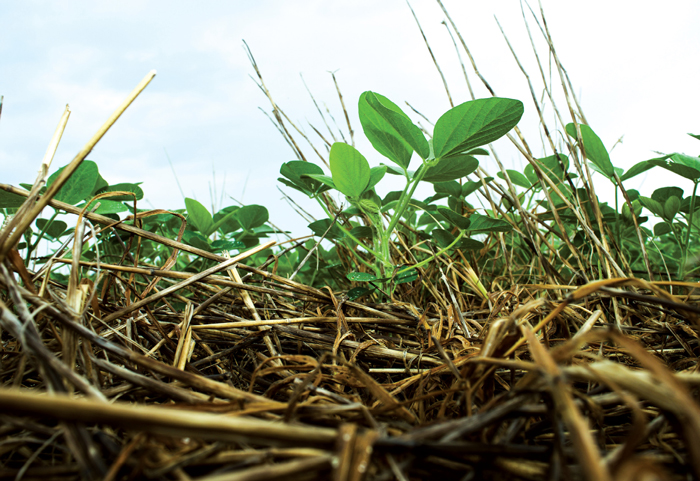 Having started no-tilling more than 40 years ago, David Black has seen soil health and yields continue to improve. But getting there was, at times, a test of faith.

As a kid, he remembers double-cropping soybeans into “froth” left after working up the previous wheat ground. Doing the math on the labor and fuel costs for the extra tillage passes convinced Black and his father, George, to start no-tilling soybeans in the early 1970s.

The next test was no-tilling corn in the mid-1970s. They struggled at this using a modified planter before they were able to buy a John Deere 7000 with frame-mounted coulters that worked better.

They also weren’t sure no-tilling wheat into milo stubble was attainable during the late 1980s until they borrowed Black’s cousin’s John Deere 750 no-till drill and saw the results.

“It boiled down to economics with no-till. We were getting bigger and didn’t have time to do all the primary tillage,” says Black, who now no-tills 1,300 acres of corn, soft red winter wheat and double-cropped soybeans in Charles City, Va.

“We lost some money the first 4-6 years on no-tilled wheat. We started realizing planting behind corn stalks was opening up the door to some disease issues. Some varieties are more susceptible than others, and we needed to plant earlier. It was a learning process.”

Tips For No-Tilling ‘Lean And Green’

The ‘How and Why’ of No-Tilling Green