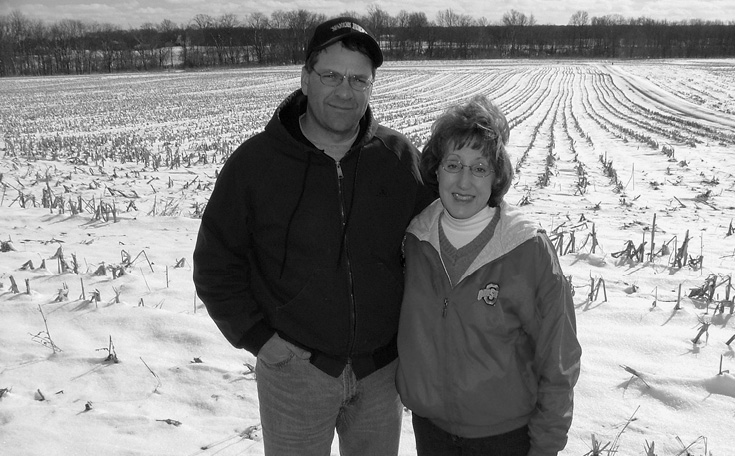 Jim and Susie Braddock are enjoying the benefits of converting their farm to no-till. But the journey to get there wasn’t easy. The Braddocks have invested nearly 20 years converting 90% of their 2,400-acre farm in Fredericktown, Ohio, to no-till.

Along the way, they’ve adopted cereal rye to manage erosion, compaction and soil moisture levels, and they’ve also turned to vertical-tillage tools to incorporate the cover and break up residue.

After no-tilling a field for 4 to 5 years, Braddock says no-till yields on his farm have been comparable or equal to conventionally tilled fields.

“There’s also less compaction where the field has been no-tilled for years,” he says.

The Braddocks began no-tilling in the late 1970s to cut labor and equipment costs. Jim Braddock admits making his share of mistakes before learning how to properly prepare fields for conversion to no-till.

He learned that if the clay soils aren’t in shape before switching a field to no-till, the ground can become hard and difficult to plant into. About 75% of Braddock’s acreage is also highly erodible.

“You have to protect the soil when no-tilling into bean ground. Bare soybean ground is the easiest place, but also the worst place, to no-till into. If we get a hard rain in the spring, the ground will be as hard as this surface,” Jim says, running his hand across the kitchen table in their home.

To prepare a field for life without tillage, the Braddocks like to seed cereal…