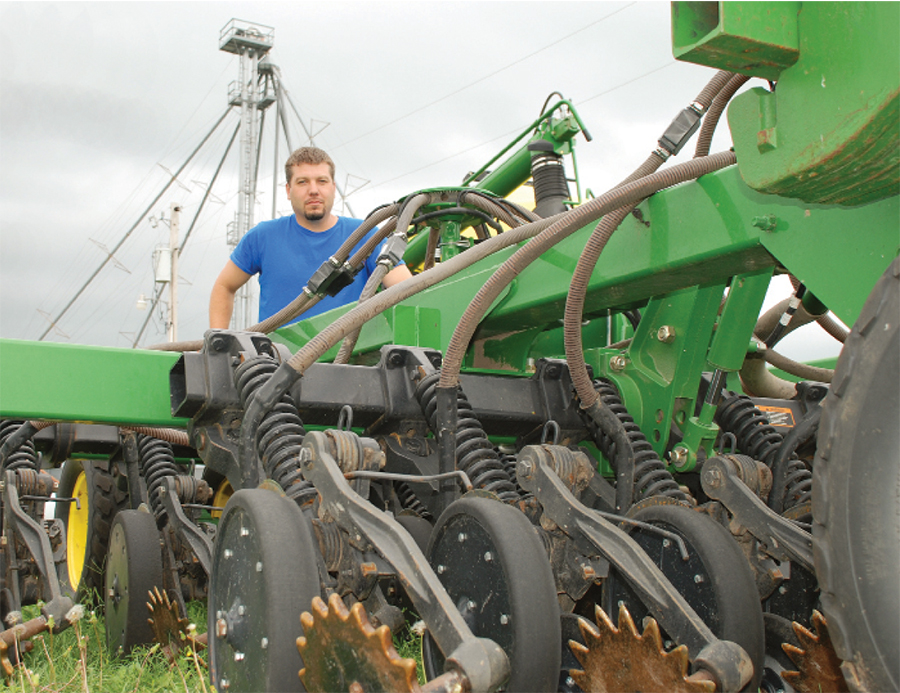 As the American Soybean Association’s 2010 National Conservation Legacy Award winner, Lloyd has the credentials of a committed conservationist. But he knows that environmental responsibility must be accompanied by farm profitability to be sustainable.

No-till delivers both responsibility and profitability to the 2,900 acres Lloyd operates in north central Kansas, which sees about 30 inches of rainfall annually.

Returning to the farm in 1998 after earning a business degree from Kansas State University, Lloyd joined a family farming operation that was leaning toward no-till. His father, Gale, was reducing tillage and increasing row crops in the traditionally hard red winter wheat growing area.

“Back then, Dad wanted to grow two-thirds wheat and one-third row crops, but row crops were deemed unreliable in this area,” Lloyd says. “He had done some skip-a-till in a wheat-wheat-milo-soybean rotation and had been practicing minimum tillage.

“He recognized that minimum-till crops seemed to do better than under full tillage, and it was a concept we decided to push further.”

Inspired by no-till gurus like South Dakotan Dwayne Beck and Chilean farmer Carlos Lamarca, the Lloyds went cold turkey from tillage in 1999 and the farm has been in continuous no-till ever since.

Today, the all-dryland farm has flipped from two-thirds wheat and one-third row crops to a third wheat and two-thirds row crops — primarily milo, corn and soybeans. Cropping intensity ratchets up another notch…