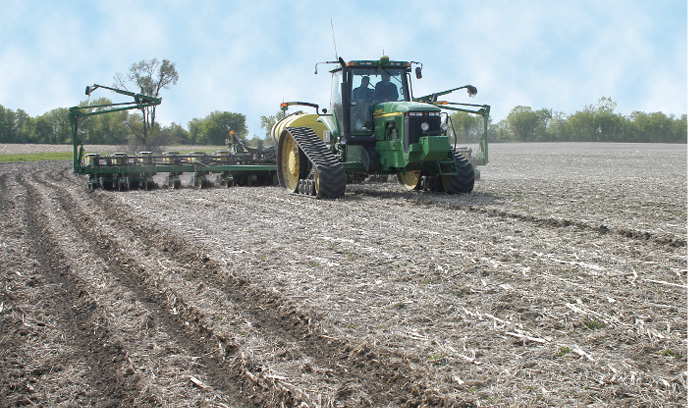 Shifting from conventional tillage to no-till often requires a lot of physical change in your operation. Just as importantly, adopting this new way of farming demands a strong dose of faith during a transition period that might take several years. I like to joke it’s the same kind of devotion it takes to make a good marriage work.

About 60% of my farm is classified as highly erodible land (HEL), so alternative farming methods are a must. Fortunately, my dad, Fred Bushnell, prepared me mentally for change long before I started full-time farming.

He was a pioneer conservationist. He installed a lot of large terraces on the farm and adopted strip cropping and contour planting.

Dad was one of the first to park the moldboard plow in favor of a conservation-tillage system of a chisel plow and field cultivator. And he was the first in our area to try pure no-till.

My dad saw the advantages of no-till as far back as the early 1970s, but the equipment and chemicals to make it work were still in development. Gramoxone was about the only effective burndown herbicide at that time.

Nevertheless, we were tuned in to seriously try no-till when John Deere introduced the 750 no-till drill, and later, when Monsanto rolled out Roundup Ready technology. Until then it was easy to spend $30 an acre for full-season soybean weed control…