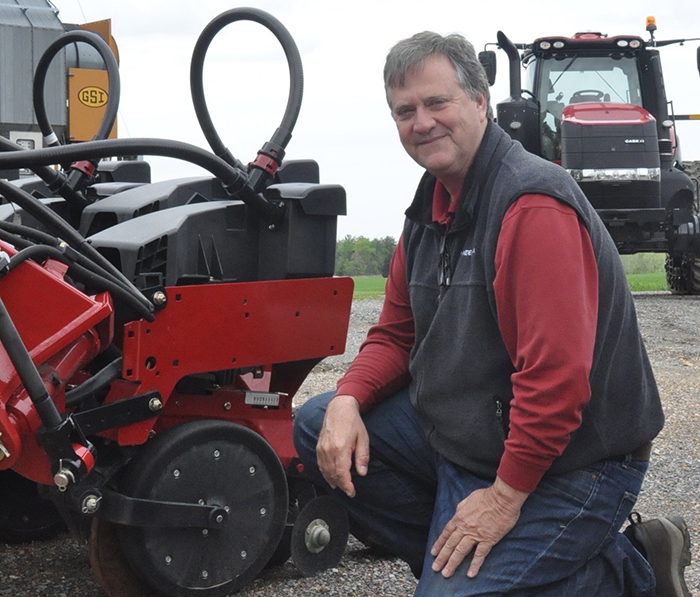 Kentucky no-tiller Rick Murdock is spreading out his fertility program, experimenting with plant populations and protecting his soil for higher-yielding crops.

When he was growing up, his father — a soil science professor at the University of Wisconsin — moved the family to places like southern Brazil and Indonesia, where he observed on the island of Java, terraced rice paddies that had been farmed continuously for hundreds of years.

It was that experience, paired with his degree in soil science from the University of Wisconsin, that influenced his decision to adopt no-till and other conservation practices on his own farm in Murray, Ky.

It was June 1976, while Murdock was working on his Uncle Billy’s Kentucky farm during his summers off from college, when he witnessed their first run at no-till soybeans after wheat.

“It did not take us long to see the tremendous benefits of the no-till farming system,” Murdock says.

He took up farming full-time in 1978 with no-till double-crop soybeans and began no-tilling corn in 1984. He says once that happened, everything fell into place. Today, Murdock’s 1,200-acre farm is 100% no-till corn and soybeans, and he’s added cover crops, irrigation and precision technology to make his operation even more productive and profitable.