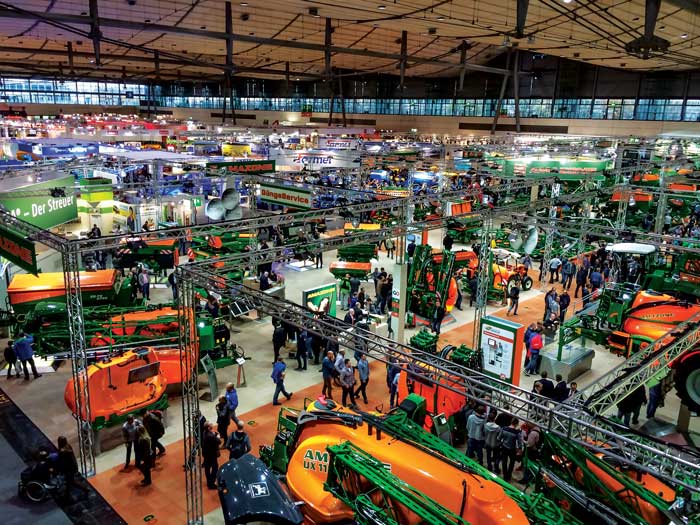 From the practical to the progressive, the world’s largest agricultural machinery trade show offered a peak at upcoming innovations.

Agritechnica has a reputation as being the international hub for emerging farm equipment and technology. The 2015 show, which featured more than 2,900 vendors and attracted 450,000 attendees, again offered a diverse glimpse into emerging agricultural machinery trends.

Väderstad introduced its SeedEye sensors for its line of seed drills. According to company chair Crister Stark, more precise seed volume readings have been on farmers’ “wish lists” for decades. Sensors in the seed tubes use infrared light to detect flow at 98-99% accuracy at 250 seeds per second. The system also automatically detects dust and residue that can gather on the sensors to avoid distorted readings.

Another product that drew attention was Agtron Enterprise’s Lightning Seed Sensor rate and blockage system for air drills. The wireless technology relies on sensors located at the base of the seed shank to detect blockages earlier, instead of waiting for seed to fill up and reach sensors on the distribution tower. Also unique to the system is that each sensor generates its own electricity…

Videos and News from Agritechnica 2015