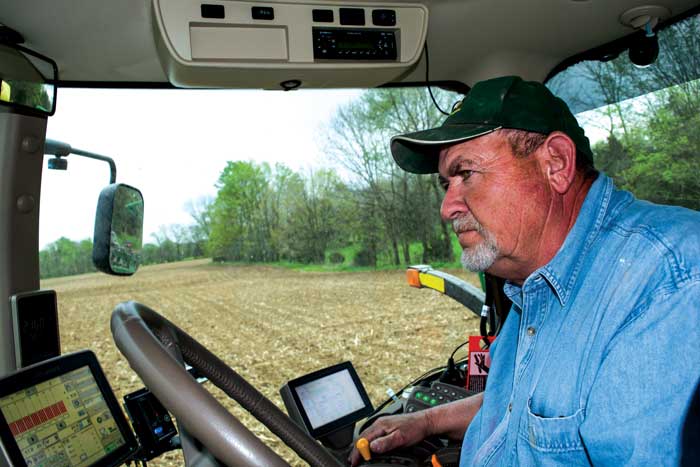 Erosion has always been a big concern for Greencastle, Ind., no-tiller Ron Cash.

And while more than 20 years of no-till practices have brought erosion under control, he’s found adding more biomass and living roots to his soil profile, through seeding cover crops, is bringing even better results for Double R Farms.

And Cash — honored in 2013 as the Conservation Farmer of the Year in Putnam County — is also realizing efficiencies in crop production by converting to a twin-row system for corn and soybeans.

While his 2,400-acre farm is realizing improvements from no-till due to fewer trips across fields and larger earthworms populations, Cash has added cover crops to further improve soil tilth and control erosion.

In the past 4 years he’s worked with various combinations of oats, wheat, annual ryegrass and rapeseed, in addition to cereal rye.

He favors annual ryegrass in his rotation the most because of its prolific root system, and he feels there is a smaller chance of allelopathic effects when it’s followed by corn.

Cash also likes the roots that rapeseed puts in the ground, with a taproot of 3-8 inches. He also feels it’s more winter hardy than radishes and is easy to terminate, as a small amount of 2,4-D in the spring will…