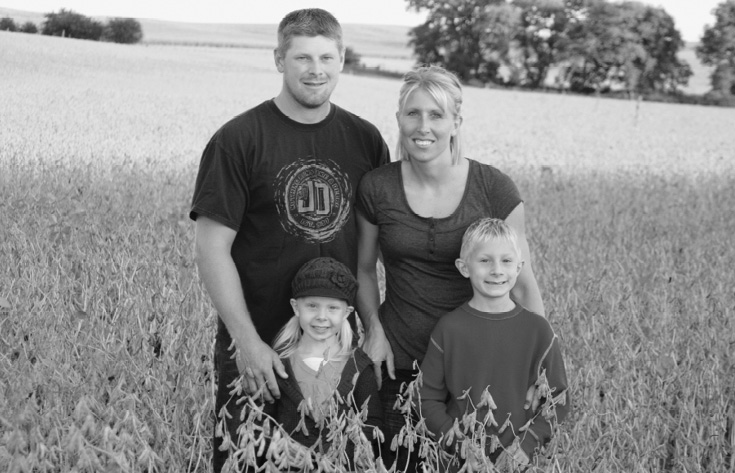 No Longer Afraid Of Residue

Like many farmers, Matt and Glenn Kathol turned to no-till to manage the workload on their family farm. But their switch to no-till in 2001 also made it possible for Kathol to farm full time with his father, Glenn.

“When I came home after college to start farming with Dad, we took on more acres and livestock to generate adequate income for both families,” says the 30-year-old, who holds a bachelor’s degree in agronomy from the University of Nebraska. “We knew no-till would allow us to do more in less time. We didn’t realize planting soybeans with no-till would be like putting an umbrella over our crop.”

When the Hartington, Neb., farmers saw their no-tilled soybeans thriving in 2001, even with the scant rainfall typical of northeast Nebraska, they knew they would continue to no-till soybeans.

“That first year, we planted soybeans right into standing corn stalks,” Kathol says. “We didn’t till anything, but used 100% no-till.”

Kathol found that the soil beneath first-year no-tilled soybeans stayed moist much longer than fields that didn’t have residue protection.

“The next year, it made more economic sense to plant corn-on-corn in some fields,” Kathol says. “We no-tilled corn right into standing stalks, too, and we were pleased with our stand and yield. We know we saw better bean and corn yields than some bordering fields that weren’t no-tilled.”

While Kathol says no-tilled stands were initially OK, they were not as good as those in tilled ground. They started no-tilling with…