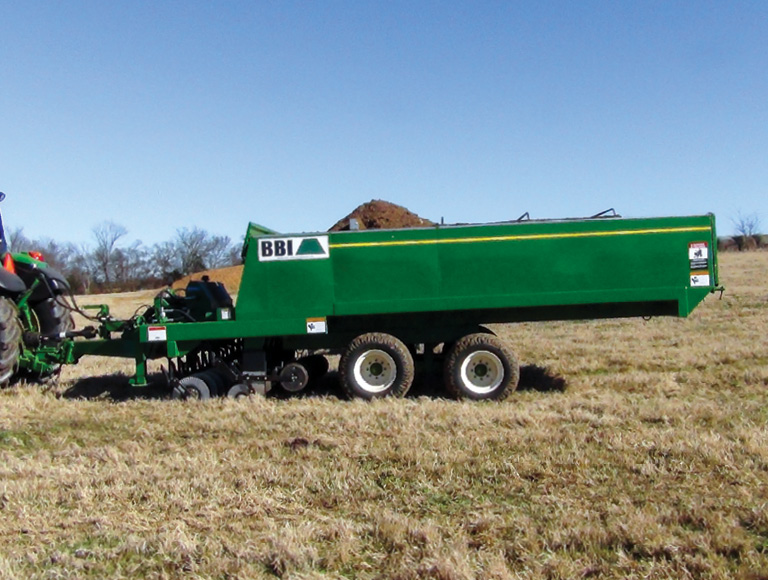 On the Horizon: ‘No-Tilling’ Dry Poultry Litter and Fertilizer

Subsurface injection of dry litter is an environmentally friendly method of using an abundant, nutrient-rich resource with minimum soil disturbance.

RESEARCH MODEL. This second-generation Subsurfer prototype built by BBI has been busy in dry-litter injection demonstrations and experiments on pastures surrounding the “Poultry Belt” in Arkansas and Oklahoma.

Poultry litter is a proven valuable resource for farmers who have access to it, but until recently the only way to apply the bulky, dry nitrogen-rich organic material has been to broadcast it on the surface of farm fields and pastures.

Doing this leaves it vulnerable to nitrogen (N) loss through volatilization, or possible displacement into nearby streams and waterways through erosion and runoff.

But there are equipment options that may be appearing on the market soon that will let growers inject dry
litter into the soil. One of these machines has row units that work nearly identically to no-till planters as they open the soil, deposit the litter and close the slot.

Only one machine appears to be close to commercialization, but it looks like there soon will be some options for incorporating chicken litter and even dry soil amendments.

Traditionally, the only way to protect the nutrient value of litter broadcast on the surface has been to use some sort of tillage to incorporate it, explains Dan Pote, USDA-ARS research soil scientist at the Dale Bumpers Small Farm Research Center in Booneville, Ark. 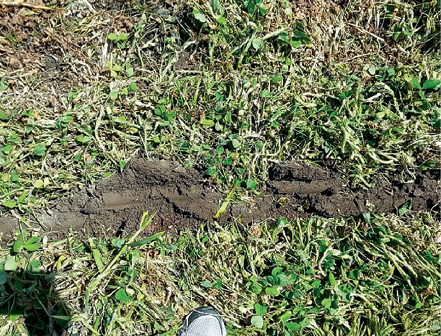 SEALED UP. A sealed track is the only evidence of dry litter injected several inches below the soil surface with the experimental Subsurfers being tested in the mid-South and the mid-Atlantic states by USDA and…

A Practical Approach To No-Tilling Helps Lead Newcomers To Benefits