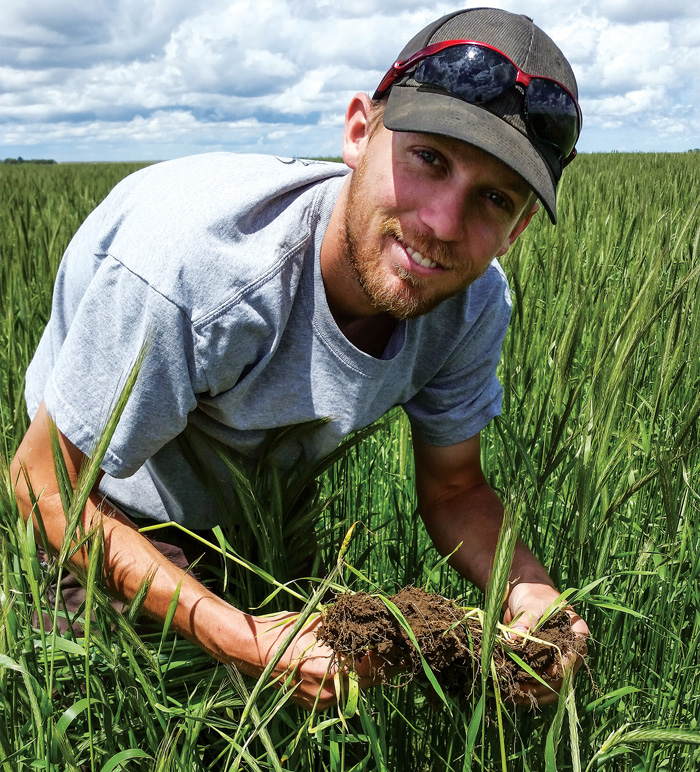 John Heermann is using cover-crop mixes and a diverse, flexible crop rotation to eliminate summerfallow and improve the bottom line.

A few years ago, John Heermann sat down to do his annual budgeting ahead of the next cropping season and sensed a problem was brewing.

Drought was gripping the High Plains, herbicide and fertilizer costs were escalating and his fallowed fields contributed no income. While his farm practiced no-till, margins were so tight that he was concerned that either poor luck with the weather, or a single management mistake, would make it difficult for him to farm.

He’s also implemented a flexible crop rotation and eliminated summerfallow — a practice he describes as “the Silent Killer” and the opposite of regenerative farming.

“I was under the impression that with fallow I was doing the soil some good by resting it,” he says. “But Mother Nature is telling us, with the presence of weeds, that the ground doesn’t want rest, but really wants to have something growing.”