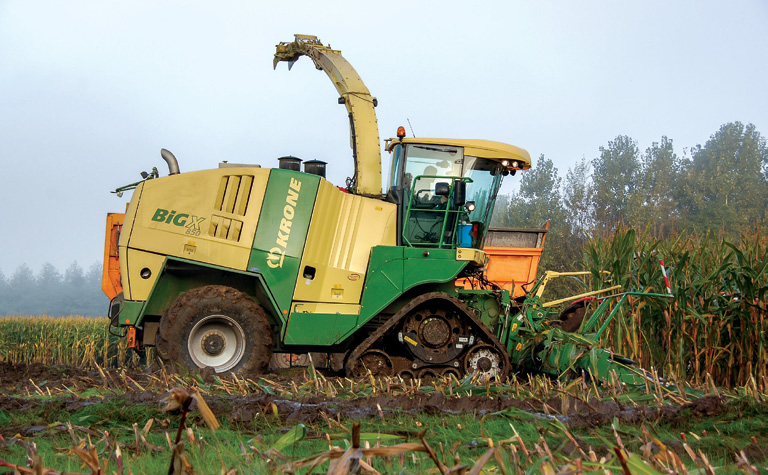 No-Tillers Are Getting a ‘Track’ on Compaction

Soil compaction’s negative effect on yields, root development and nutrient uptake is of growing concern to farmers in the U.S., particularly given the widespread use of farm equipment that is bigger than ever.

“These heavy machines can compact the soil to depths of 4 feet in certain cases,” says University of Minnesota Extension educator Jodi DeJong-Hughes. “This hidden, deep compaction can be permanent and it can affect crop yields for years.”

Research in the northern Corn Belt from 1988-2002 showed deeply compacted soils depressed corn and soybean yields 5-6% for 12 years, compared with an un-compacted control site — even though there was no further compaction during that dozen years, says farm consultant Randall Reeder, a retired Ohio State University Extension ag engineer.

In another 4-year field study conducted in Indiana by The Mosaic Co., harvest yields were compared between a compacted field and an adjacent non-compacted field.

The percentage corn yield decrease attributed to compaction was 55% the first year, and was still 13% 4 years later.

“Some of this deep compaction can be alleviated with deep tillage,” Reeder explains, but he says up to 80% of field compaction can occur in a single-pass of heavy equipment. “And, if random traffic continues on the field, at the end of 2 years most of that…