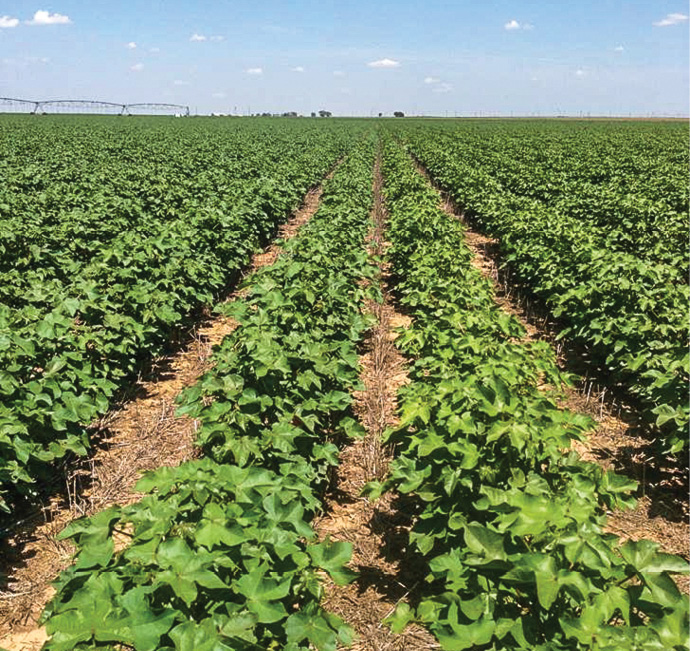 Sell The Plows, Selling Out To No-Till

Nineteen years into no-till farming, Todd Vincent was convinced he would probably never plow again on his family’s 3,000-acre operation in the Texas High Plains, if it weren’t for the howling winds accompanying a lingering drought.

Farming in partnership with his brother, Brian, southwest of Amarillo, the Vincents have suffered through the worst drought they’ve seen in their lifetimes. Seeing less than 8 inches of rain annually between 2010 and last May, growing cover has been difficult. So last winter, as wheat stubble and topsoil was carried away by gusty winds, Todd had to find a solution.

Even then, the Vincents could see how no-till had changed the nature of their fields. During an unrelenting drought, they marked a notable success last growing season, averaging 3.8 bales per acre on irrigated cotton acres no-tilled into wheat stubble. One entire irrigated no-till circle averaged over 4 bales per acre.

That cotton received only 15 inches of total water from all sources, including irrigation, but its yield was good enough to land Vincent solidly in the Fiber Max One Ton Club, and win him the use of a Ford pickup for a year.

Farming with their late father Jack, Todd and Brian Vincent grew up plowing, and it was a lifelong chore.

“We’d go from one corner of the farm to the other trying to control weeds, running day and night, and we never got caught up — and never really got ahead of the weeds, either,” Todd says.

Premium content is for our Digital-only and Premium subscribers. A Print-only subscription doesn't qualify. Please purchase/upgrade a subscription with the Digital product to get access to all No-Till Farmer content and archives online. Learn more about the different versions and what is included.
KEYWORDS Corn cotton drought fields irrigation Jim Steiert John Deere plow soil texas wheat stubble