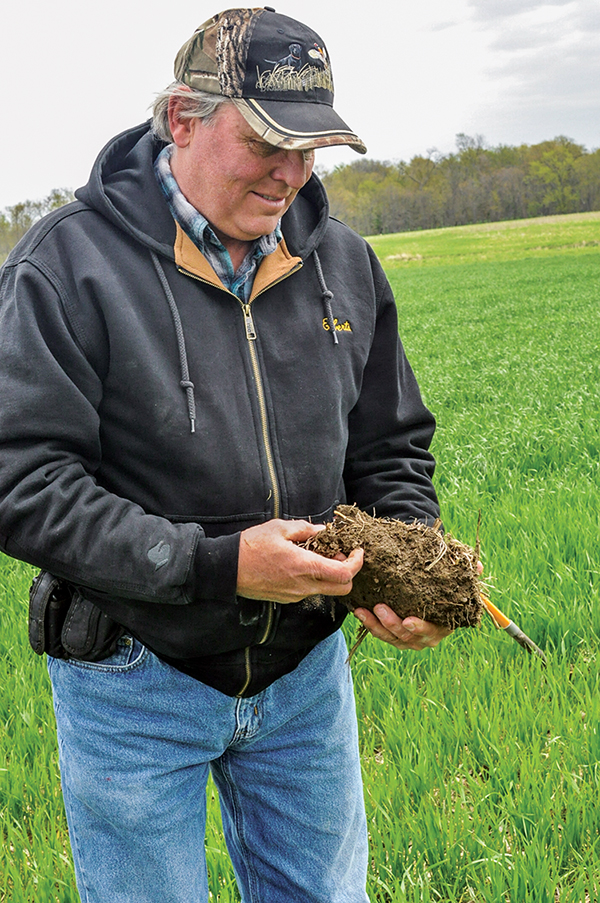 One of the best compliments Mike Werling ever received was a couple of springs ago, when a scientist for the federal government examined a soil pit on one of Werling’s fields.

The pit was in a yellow clay-type Blount soil. But the first 8 to 10 inches deep had a darker color and was turning black. Upon seeing that, the NRCS scientist said he’d have to reclassify the soil because that type of Blount soil could only be yellow — with no color change in the profile. 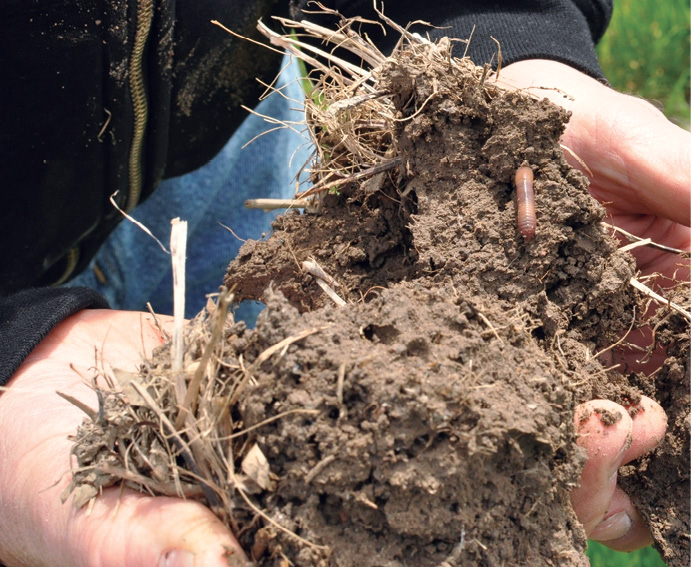 “That’s where I’m making my money, on those yellow clays and clay knobs,” Werling says. “If I can increase my corn yield on those soils from 30 and 40 bushels per acre — which was normal for several years — up to 120 bushels, that’s pure profit.”

Of course, an 80- to 90-bushel-per-acre yield hike isn’t an overnight success. When Werling started no-tilling corn in the 1990s he saw a yield drag for about 5 years. But more than 30 years after giving up the plow, corn yields have increased at the same rate as the county averages.

Werling adds that chasing high yields aren’t a big concern for him: He’s more interested in experimenting with cover crops and learning which combinations are going to provide the biggest benefit to his soils and following cash crops, a focus that’s resulting in long-term profits and improvements.

Werling’s impetus for converting to no-till was a desire to reduce erosion. With the…

Premium content is for our Digital-only and Premium subscribers. A Print-only subscription doesn't qualify. Please purchase/upgrade a subscription with the Digital product to get access to all No-Till Farmer content and archives online. Learn more about the different versions and what is included.
KEYWORDS Corn crops Kinze planter Mike Werling No-till practices oats seeding soil Wheat winter peas