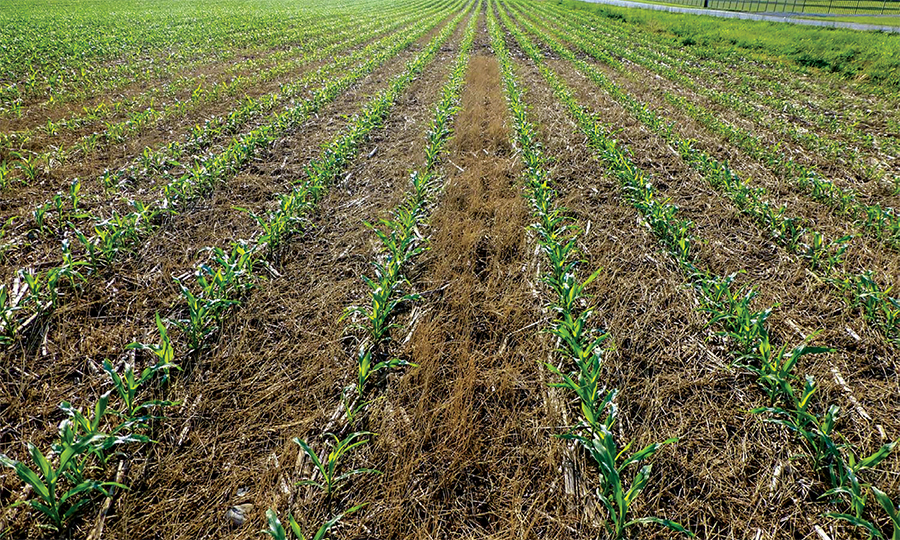 Finding Your ‘ROI’ With Cover Crops In No-Till Systems

Cover-crop expert Dave Robison is working to generate some hard numbers to quantify the much-touted benefits of individual covers and cover-crop mixes on no-till operations.

Rattling off the list of cover crop benefits may require stopping for a breath of air or two to get it all out.

In recent years it’s been successfully ingrained in many farmers that cover crops can deliver in a multitude of ways, including:

“People now view this list as fact, whereas less than 10 years ago people were like, ‘Ah, I don’t know about that,’ says Dave Robison, forage and cover-crops manager for Wisconsin-based Legacy Seeds.

Some skepticism might be warranted due to a lack of data at the time. Great strides are now being made in cover-crop research, but those curious about the profitability of cover-crops are still out there — which included Robison’s own brother, Don.

It was only a matter of time before Don posed a question to his brother about cover crops: “So what if we have more earthworms? So what if we reduce compaction some? We’ve been no-tilling some of these fields for 30 consecutive years, how much benefit can we really gain?” he asked.

The really big question he posed, Robison adds, was if he could get a positive financial return from his cover-crop investment, and it’s a valid question: Many row crop-only operations want and need to know if they can get a return on a…

Premium content is for our Digital-only and Premium subscribers. A Print-only subscription doesn't qualify. Please purchase/upgrade a subscription with the Digital product to get access to all No-Till Farmer content and archives online. Learn more about the different versions and what is included.
KEYWORDS appin turnips Austrian winter peas bushels compaction Cover-crop crimson clover drought radish ryegrass Winter wheat yield