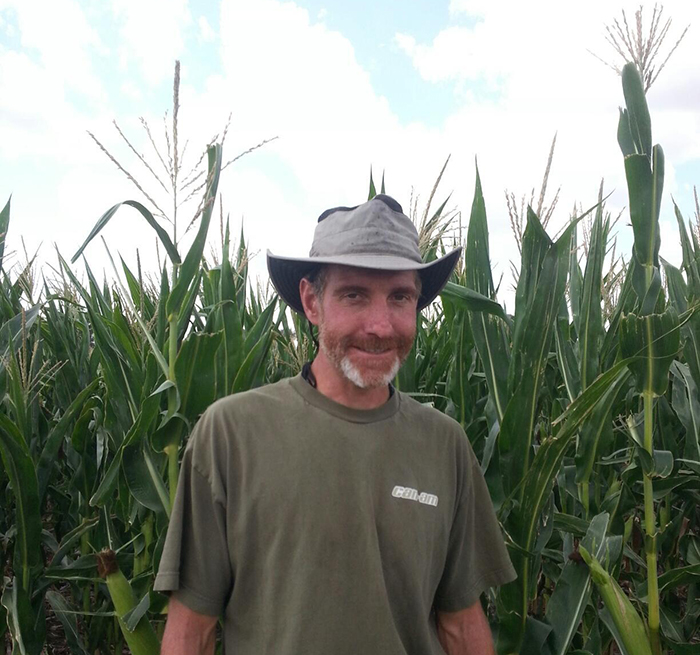 No-till practices were first adopted on Pierre, S.D., grower Mark Weinheimer’s farm in 1990, and by the late 1990s he was 100% no-till. “Right now, I see an increase in soil microorganisms and beneficial insects in and around our fields,” he says. “We’re adding fewer nutrients and expect to see significant input reductions in the coming years.”

Mother Nature doesn’t have to pay monthly bills, but Mark Weinheimer has found that taking her lead of implementing low-disturbance farm operations, diverse plant species and support for wildlife are helping him pay his.

At Synergy Farms Inc. at Pierre, S.D., Weinheimer started transitioning to no-till in 1990. By the late 1990s, he was 100% no-till. “We started by planting wheat into wheat stubble,” Weinheimer says. “That was a common practice around here at that time.”

Weinheimer now uses a four-year rotation of wheat, corn, sunflowers, corn, with a cover crop after wheat and before sunflowers. This allows for a diverse cover crop in each field every other year.

For a few years, Weinheimer’s rotation had been spring wheat, winter wheat, corn and sunflowers, but he had to change rotations in order to seed covers and increase the amount of time he had living roots in the soil.

Moving away from spring wheat and adding an extra year of corn gave Weiheimer time to plant either spring- or fall-seeded cover crops every other year in each field. Adding the extra year of corn into his rotation also meant selecting a shorter-season…